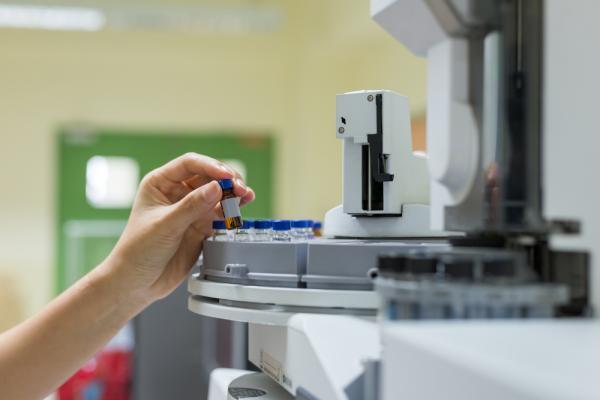 In March 2014, medical device company, Invendo Medical, closed a US$28m financing round led by new investor Xeraya Capital. We spoke to deal makers on both sides of the transaction.

Invendo Medical, manufacturer and distributor of a single-use and computer-assisted colonoscopy system, closed in March 2014 a US$28m financing round. Xeraya Capital, the Malaysia-based venture capital firm, was the lead investor, investing half of that sum via an affiliated company. Also, a German family office joined as a new investor and existing investors TVM Capital, Wellington Partner, 360′ Capital. invendo’s founders also participated in the financing.

It’s a deal consistent with Xeraya’s stated objective: to ‘bring life sciences breakthroughs to humanity’. As venture capitalists, Xeraya naturally have a job to do, says Fares Zahir, CEO of Xeraya Capital. ‘We’re investors, and we look for opportunities where there is a potential to make a return. When we make a deal we try to have a picture of what the company can achieve over the following year.’

But he also feels the deal will have positive implications for the medical technology industry, and also to the public. ‘invendo have the technology to raise the standard of colonoscopy,’ he says.

Xeraya has a strong background in life sciences, with a three-pronged vision: ‘to react quickly to opportunities, take a long-term view on investments, and ensure portfolio companies make a difference in the lives of Malaysians and people around the world.’ Ethics are very important for Xeraya, says Zahir. ‘We’ve got our own set of values,’ he says. ‘Working with others is very important to us.’

With 20 years’ experience in the field of investments in public and private equities, Zahir was, before founding Xeraya Capital, with Khazanah Nasional, the Malaysian government’s strategic investment fund, and Xeraya Capital’s parent company. While there he headed the life sciences unit, formulating investment strategies and undertaking and monitoring the organization’s life sciences investments.

Khazanah Nasional has substantial stakes in companies involved in various sectors, including healthcare. One of these companies, IHH Healthcare, is one of the largest private healthcare providers in the world, based on market capitalization, and operates nearly 5,000 hospital beds worldwide. ‘This is an advantage for us,’ says Zahir. It’s also an advantage for the companies Xeraya invests in, he says. ‘We’re able to give innovative companies a great opportunity.’ In addition, he says, they are providing opportunities for Malaysia and its workforce.

But, despite the vast number of procedures carried out each year, compliance remains insufficient. And until now, there has been little technology aimed at changing the ergonomics of colonoscopy, says Timo Hercegfi, chief executive & financial officer at invendo, which is based in New York, USA. and Kissing, near Munich, Germany.
A colonoscope device is essentially a thin, flexible telescope. But as most colonoscopes are designed to be reused multiple times, there is a risk of bacterial infection, Hercegfi explains. Also, the inflexibility of most devices makes the procedure an uncomfortable one, and one which requires the patient to be put under sedation.

As the invendoscope SC20 device is single use, there is no hygiene issue. It is driven gently in and out of the colon with computer assistance, with all endoscopic functions controlled via a handheld device. Furthermore, the very flexible configuration of the invendoscope minimizes the forces applied to the colon wall and it is therefore mostly painless for the patient, who does not need to be sedated and can therefore return to work much sooner than if the procedure had been carried out using a traditional colonoscope.

Hercegfi feels it was invendo’s innovation in this field that convinced Xeraya to invest. ‘They liked the fact that invendo were trying to revive a sluggish market with a single-use product,’ he says.

The deal presented the usual challenges, says Zahir, ‘although this was nowhere near as complicated as some.’ Because invendo had already gone through the approval process, and now have approval to sell in the US, the deal was much easier to carry out, says Zahir.

The smoothest deals usually benefit from an easy, natural relationship ‘ and the Xeraya deal was no exception, says Hercegfi. ‘They got to know us over a period of time,’ he says. This long standing relationship meant that there were no real challenges for invendo during the transaction. The company would visit Malaysia once or twice a year, to get to know the market, and in terms of due diligence they didn’t have to do very much, he says.

As for how this deal will affect Xeraya Capital, Zahir says it gives the firm an opportunity to grow. ‘We’re relatively new,’ he says ‘ Xeraya was formed in 2012 ‘ ‘and so it’s good to get things under our belt.’

For invendo, the fresh funds will be used to build a marketing and service infrastructure in the US, to enhance production capacity for the device, and to support ongoing development projects that address optics and ease of use, among others, says Hercegfi.