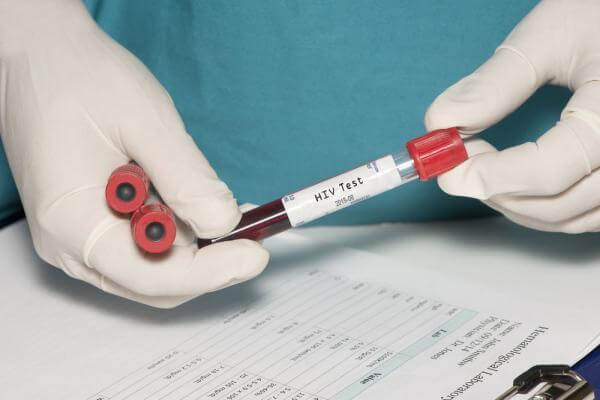 Public Health England (PHE) today announced the first nationally available HIV kit for testing those at higher-risk as new figures reveal that 18,100 people are unaware they have HIV.

People at higher-risk of HIV in the UK can order a HIV home-sampling test kit online, enabling them to take the simple finger prick blood sample for National HIV Testing Week, which begins on 21 November 2015.

Better HIV treatment now means that those diagnosed early can have a life expectancy almost the same of people who are free from HIV. New PHE figures released also show that an estimated 103,700 people in the UK were living with HIV last year, with around 17% (18,100) unaware and at risk of unknowingly passing the virus on to others.

‘We have made great strides in HIV treatment, and those people speaking out about their condition are helping reduce the stigma around it. But until HIV is a thing of the past, there is more to do and we need to be bold.

‘I want today’s launch of the first National HIV Home Sampling service to encourage people at risk to find out their HIV status, using our free kits, so they can get the best care for themselves and partners.

Our Innovation Fund is also identifying new ideas to tackle the problem. I hope that all those at risk will take the opportunity to get tested and help us halve new HIV infections by 2020.’

‘Despite national rates of HIV declining, it is still a growing problem within certain communities and levels of HIV testing among high risk people remain too low. The HIV home-sampling service and the HIV Innovation Fund help boost the ongoing efforts to reduce HIV infection in England.

‘With National HIV Testing Week approaching, I would encourage all those at higher-risk of HIV, such as men who have sex with men or people from black African communities, to seriously consider testing, especially as they are now able to order a home-sampling kit free online.’

‘HIV testing is key to prevention. Evidence shows that earlier diagnosis can not only benefit personal health, but has massive public health benefits too, while saving significant sums of money for the NHS and local services.

‘Councils now have responsibility for public health and commissioning sexual health services. HIV testing and outreach services are a part of this, whether in GP practices, sexual health clinics or in community settings.’