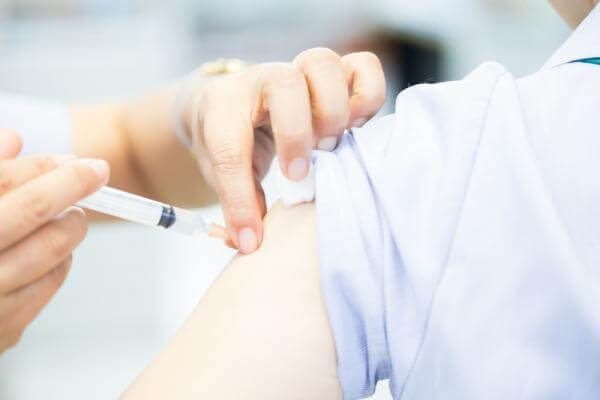 New vaccination figures show that 32.4% of frontline healthcare workers had influenza vaccinations during September and October 2015.

Public Health England (PHE) figures published today reveal that over 312,000 frontline healthcare workers in England had a flu vaccination in September and October 2015. Flu experts warn that more workers must take up the vaccine to help protect themselves and vulnerable patients this winter, and to help save lives and to keep NHS services running smoothly.

Hospital surveillance during 2014/2015 reported 1,187 admissions to intensive care and high dependency units as a result of lab confirmed flu in England, and 8.4% of these resulted in death. 2015 heralds NHS Employers working with the residential care sector to find out how flu vaccination can become a routine procedure for workers in the care sector, identifying both examples of good practice and challenges, indeed a tailored set of campaign materials has been made available.

Dr. Richard Pebody, head of flu surveillance for PHE, said: People with certain long-term health conditions are at much greater risk of becoming seriously unwell if they catch flu and sadly, many end up in hospital. The latest figures reinforces the need for annual flu vaccination among key groups including health and social care workers to help protect both themselves, but also vulnerable patients that they might look after, who are at greater risk of the serious consequences of flu.

This together with good respiratory infection control measures are important in preventing the spread of flu which can cause illness and disruption in hospitals and care homes. Professor Sally Davies, Chief Medical Officer, commented: ‘Flu kills. For many people it’s an unpleasant illness, but for the most vulnerable in society it is extremely dangerous and can be lethal. ‘All NHS staff have a duty to get the flu vaccine to protect their patients from infection. So far, more than 300,000 NHS staff have had their flu jab, and I urge those who have not yet done so to get vaccinated now.’

Ruth Warden, assistant director of development and employment, NHS Employers, added: ‘This year is the fight-back against flu. Local flu fighter teams, consisting mainly of volunteers, are doing fantastic work to help and inspire their NHS colleagues to get vaccinated.

They know it’s a life-saver and that it can help staff stay fit during the busiest time of year. NHS Employers is committed to supporting them and continuing to grow the successful flu fighter campaign.’