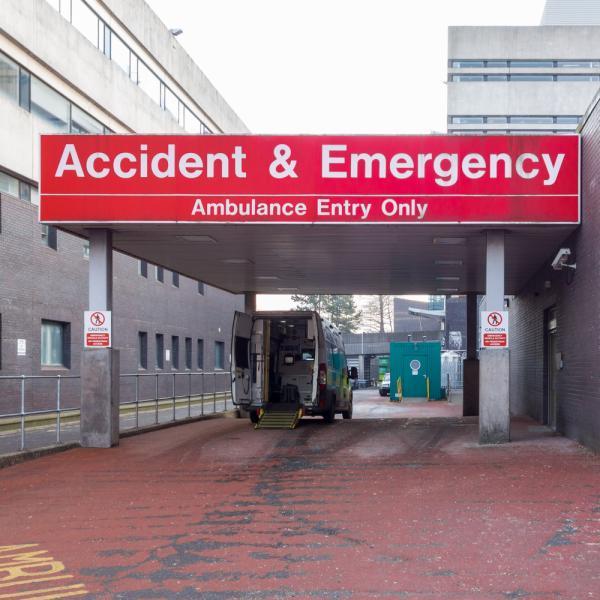 The NHS in Scotland is in a better position at the beginning of winter 2016 than it was last year, new figures reveal.

The latest A&E waiting times show that during the week ending December 13th, 93.5% of patients were seen and either admitted, transferred or discharged within four hours at Scotland’s core accident & emergency sites, an increase of nearly six percentage points in comparison to the same week last year (87.%).

Similarly, the figures for the number of beds occupied by patients delayed in hospital waiting to be discharged in October has gone down by nine per cent compared to the same month last year. November’s census data reveals a reduction in the number of delays compared to last year.

Further statistics show that patients are spending less time in hospital ‘ with the average stay in 2014/15 being 4.3 days compared to 5.0 days in 2010/11. This is despite increasing patient numbers.

Efforts to decrease the rate of elderly people being admitted to hospital in an emergency have also proved successful ‘ with a 10.3% reduction since 2009/10 in the rate of emergency inpatient bed day for over 75s per 1,000 per population.

The Health Secretary today thanked staff across Scotland’s health and social care services for working with the Scottish Government to ensure the NHS is better prepared for the pressures winter may bring. Shona Robison commented:

‘We know that sustaining the performance of our hospitals can be very challenging throughout the winter period, with our unscheduled care services particularly feeling the pressure of additional patients.

‘However we are going into this winter in a much stronger position across the country than we were last year, and this is thanks to the hard work and efforts of all of our staff working across the NHS and social care.

‘Nationally our core accident and emergency waiting times have been better than elsewhere in the UK for the last eight months and we have freed up thousands more bed days as a result of our work on delayed discharge. In particular, we’ve been working intensively over the last few months with a few partnerships ‘ notably Edinburgh and Fife ‘ that are facing the most difficulties reducing discharge delays. We expect to see this work make a significant impact over the winter months.

‘However, we cannot predict what winter might bring and I am acutely aware of how busy staff will be over the next few months. The Scottish Government will continue to provide all the support we can to health boards over winter so that patients receive the care they deserve.

‘If you do fall ill over the festive period, remember you can seek advice from NHS 24 through its free 111 number or the wide range of health advice on the NHS inform website www.nhsinform.co.uk, an out-of-hours GP, or the local pharmacy if your condition is not life-threatening. Using these services, rather than turning up at A&E, will keep our emergency departments free for those who really need them.’