Is the UAE on Track to Becoming the new Global Healthcare hub? 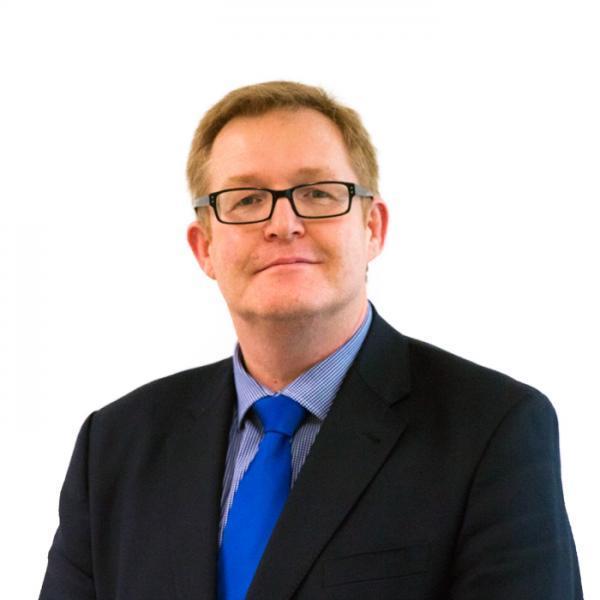 With healthcare recruitment being one of the fastest changing, politically and socially sensitive markets to serve, healthcare recruitment expert Greg Wood of Your World Healthcare highlights current challenges affecting meeting exponential global demand and the ever-increasing role the UAE is taking to become a global hub of healthcare excellence.

Looking ahead, we predict that it will become the norm for a healthcare professional to seek career opportunities overseas as part of their career life span.

Current evidence suggests that new nursing graduate enquiries has risen by 65%, with the UAE topping the list of desired locations, followed by Australia. Unlike before, qualified nurses are increasingly viewing an overseas career stint as part of their essential training and experience gathering.

A decade ago, the UK was the place to be. The City was strong, The National Health Service (NHS) spending was uncapped, the immigration of the 2000s was well underway as the EU accession of 2004 welcomed in Cyprus, Czech Republic, Estonia, Hungary, Latvia, Lithuania, Malta, Poland, Slovakia and Slovenia.

The UK also had an influx of much-valued Australian and South African healthcare workers, among many others, who all came for the abundant job opportunities with their well paying salaries, as demand for services steadily increased. Britain was seen a safe haven for well-paid jobs backed by a strong Sterling.

Then recession caused turmoil in just about every country and suddenly the honeymoon was over. With immigration remaining high on the political agenda, the first caps were placed on non-EU nationals. And the tide of Australians began to slow down and reverse. The reasons were clear.

Healthcare salaries in Australia over the past few years improved significantly. Many healthcare workers making a go of it in Britain have since returned.

The story doesn’t end here. It’s not possible to go into a hospital in Sydney, Melbourne or Perth without hearing British accents from their top doctors and surgeons to nurses. The UK has seen a sizeable number of its healthcare workers, seeking the experience and lifestyle, move down under as its native healthcare workers have ended their stints in Britain.

All through this period the UAE has continued its steady demand for global healthcare professionals as its population has grown.

So where does this leave us today? And is this just a tail of woe for Britain? The reality is that there is a global shortage of registered professional healthcare workers, unlike ever before.

We know this for a fact because we requested freedom of information from the GMC (General Medical Council), NMC (Nursing and Midwifery Council) and the HCPC (Health and Care Professional Council) which clearly indicates that there is an all-round decline in new registrations of global healthcare practitioners. Figures indicate new global healthcare registrations are down 15 per cent.

Most, if not all countries at the moment need more healthcare workers across the board, however Britain is facing unprecedented demand from a rapidly growing ‘ and ageing ‘ population, with rising numbers of frail and elderly patients requiring treatment for long-term illnesses.

The demand for healthcare workers within Europe has dramatically increased over the last decade with many countries adopting recruitment strategies from neighbours. An example of this, is the UK recruiting nurses from Ireland, and now Ireland is seeking to recruit nurses from the UK. Neither have the numbers required to meet their present requirements.

The UAE as a healthcare professional magnate

The rise in the number of healthcare facilities within Dubai and Abu Dhabi has raised the awareness of this location among many qualifying nurses within the UK. As the region’s reputation as a centre of excellence for healthcare facilities grows, the more healthcare staff will see it as part of their career development to work in such specialist and state of the art facilities: gaining valuable professional experience and life skills at the same time.

The UAE’s commitment to become the leading centre for medical tourism, has led to the opening of specialist modern facilities which in turn has led to the increased attraction for UK qualified staff wanting to work in these environments.

As more overseas staff work within the UAE there will be an imparting of skills which is going to aid the development of locally trained healthcare staff, this will create an air of best practice, and help create an up skilled workforce with the additional advantage of being able to adopt best practice from a worldwide source of healthcare systems. This is where the UAE has its global advantage.

UAE as a place to live

As a multicultural society seen as welcoming to many, the UAE offers the lifestyle which many working professionals see as desirable. Sun, sand, sea and wealth. It provides perfect opportunity for professionals seeking the worklife balance: the epitome of a happy and successful life. For this very reason, we have seen the UK lose many healthcare professionals to Australia.

Healthcare: The UAE’s next major export?

Here’s the exciting news on the cards for the UAE, we will see the expertise within the local healthcare workforce expand and increase which will result in the demand for their skill set to be exported to western countries. This will be a complete reversal on the current staffing model and represents an opportunity for the UAE to create its next major export product.

Because of the investment in the UAE, the latest medical technology, we have evidence of an increase in medical tourism from developing nations: Who wouldn’t want to be operated on with the latest equipment, and then recover in a year-round sunny climate with a far reaching climate of comfort. Like many laundered western healthcare hubs, the UAE will quickly become a beacon of medical tourism from abroad based on all the other attractions beyond robust healthcare. Looking ahead, we will see the hospitality industry partner more closely with clinics offering competitive and attractive propositions to patients seeking a range of treatments.

We have evidence that UK and European universities are now marketing overseas destinations such as the UAE. This may seem strange given the shortage of healthcare workers in their domestic markets, but universities are taking a more honest approach to showing students the potential of their career prospects. By helping aspiring healthcare professionals recognise their role as global commodities, not strictly bound by the countries in which they were trained, it increases the scope and appeal of their professions, especially as a time of record low global registrations.

This approach, which we’ve noticed universities are taking, is to help students realise they have lifelong career prospects rather than a short-term job opportunities.

So, do we predict healthcare professionals will all leave their home countries for warmer climes and never return? This is not the case.

Our evidence comes from a poll of 350 returning Australian healthcare workers where 97 per cent stated their time in the UK led to ‘invaluable experience to their current job’ in Australia, and a ‘greater cooperation of knowledge’ that they acquired.

The Middle East is seeing increased demand, specifically for British doctors but on the positive side, we know the majority work on a three to five year contracts before returning to Britain. The positive effect for the UAE will be the contribution these doctors make during the time they contribute and training they impart to permanent doctors on the ground.

The number of nurses going to the UAE on spouse visas has proven that it’s not just making a contribution to the growing healthcare requirement. Many are bringing partners who are seeking to work in construction and other key industries, helping build the UAE.

In summary, global healthcare requirements will continue to see a major flux of professionals cross continents, however, looking to the future, the UAE has the potential to be a global leader in the race to supply healthcare workers once it’s fully developed its own market, which with current investment and a global pool of talent, is well on course to achieve.