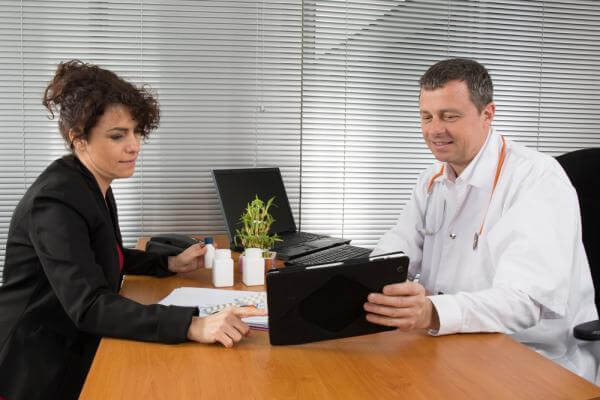 In a wide-ranging GHP interview about sales challenges in December, my colleague Ali Morris, who is Business Director for Healthcare, touched on the skills of successful negotiators in the sector. With negotiations so much in the news these days (EU, UK steelmaking, NHS junior doctors and possibly US electoral conventions to name a few), this might be a good moment to look at the subject in a bit more depth.

It is nicely bookended by two pieces of Huthwaite International research: one the observational study that revolutionised the way many negotiators have been trained to think and act at ever since; the other a global survey completed and published just last year. The first was a detailed analytical study of what good negotiators do when they face another party across a table ‘ specifically, what verbal behaviours they either use or avoid to achieve successful outcomes, compared with the average. The recent work was a wide look (1300 respondents in 52 countries) at the way people negotiate now, asking them about their behavioural habits and preferences, and giving them the chance to say how they’d behave and what they’d say in certain scenarios. All sectors (Healthcare was about 10% of the cohort) were examined, and here are just a few brief thoughts that join together a small number of the more striking revelations across the two sets of insights.

One of the original discoveries was all about the time before you even get into the room with the other party (whether they are a health authority, a supplier, a clinical practitioner or whatever). The skilled negotiators spend no more time getting their case ready than the average people do, but they use that pre-negotiating time very differently.  Yes, they prepare all the facts and figures on the cost of concessions and value of the various issues to be discussed (volume, contract length, price per unit, discount triggers, IP ownership, delivery timescales etc) as you’d expect. But skilled negotiators spend twice as much time working out and planning how they will use that information in the back-and-forth that ensues. What sort of climate will they try and establish? Who has more power in what areas and how will that play out? How can they look for creative ways to get a better outcome for all parties? How will they behave and what roles will they assign to whom?

In that planning phase the skilled negotiators consider twice as many options per issue; spend twice as much time considering the long term aspects of any potential agreement; and make more than three times as many mentions of anticipated areas of common ground.

And then, we get inside the room. One of the surprising findings of the original observational study was that skilled negotiators spent much more time seeking information than giving it ‘ well over twice as much as the average person in fact. Why does that work better? Well, among many other things, by seeking reasons for the other party’s position you can explore their underlying strategic objectives; and by using incisive questions, create some doubt in their minds about their approach. In the new research, 68% of successful negotiators make frequent use of questions.

When the first Huthwaite research was published, and in subsequent training events, people were surprised to learn that verbally expressing their feelings (saying ‘I’m delighted we’re moving closer together on the service component of the scanner contract’; or ‘I’m disappointed that you’re not able to share the R&D costs of next generation therapy’) was powerful. In fact, verbal statements (as distinct from physical demonstrations) of your own emotions are impossible to refute, and can help establish a co-operative climate. Skilled negotiators among the original cohort did it over 50% more than the average person, and today 60% of successful people say they do it. Interestingly, though, when given the chance to do so in a test scenario, not many more than 20% of the recent sample in fact did so. It’s worth noting that slightly more of the successful negotiators did give feelings than the unsuccessful ‘ but there’s still room for improvement.

And there’s even more improvement required when it comes to avoiding what we term ‘Irritators’. Typically, these include annoying self-praising declarations like ‘I’m making you a very fair offer’ or ‘I think you’ll agree contract review in two years is very reasonable’. Skilled negotiators ‘ the research tells us ‘ are only a fifth as likely to use this kind of phrase as the average, and yet today, among 1300 surveyed negotiators, 71% freely admit using Irritators.

There’s plenty to go wrong in even the most trivial negotiation. And in the big, important ones, mistakes can be costly and very difficult to unravel. Skill and knowledge are a better insurance policy than trusting to luck and native cunning.