The concerning truth about Europe’s Rivers 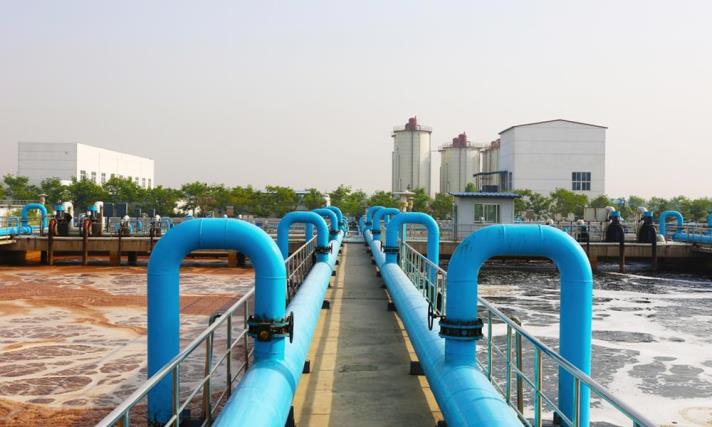 Pharmaceutical waste in European rivers is an endemic problem which is finally reaching the political agenda. Here, Mike Lodge, CEO at water and wastewater treatment specialist Arvia Technology discusses the issue and how they have begun to address the problem.

Worryingly, recent samples taken across Europe show a deteriorating quality of water in rivers, with only around 10 percent of the water from over 100 European rivers in 27 European countries deemed clean.

One major cause of this deterioration is the exposure to dangerous pharmaceutical waste, yet there is still very little information available about the long-term environmental impact on humans or aquatic life.

Studies have uncovered high concentration of analgesics, antibiotics, hormones and psychiatric drugs in the environment at levels research indicates is dangerous for wildlife.

Scientists at the European Geosciences Union conference in Vienna this year predicted that the amount of pharmaceutical waste seeping into waterways could increase by two-thirds before the mid-century.

It is clear that the trend for the consumption of pharmaceuticals is increasing, which is subsequently causing a rise in the levels found in our environment.

Seeping into the Environment

Understanding the ways Active Pharmaceutical Ingredients (APIs) and pharmaceutical residues are emitted throughout their life cycle is the first step in dealing with the problem.

The cause of the issue is multi-faceted with the majority of pharmaceutical residues entering the environment through normal consumer and animal use and excretion which the body fails to metabolise. Improper disposal of unused or expired medicines by consumers is also a contributing factor.

However, what was once seen as a negligible contributor to pharmaceuticals in rivers is now being considered a serious factor. Wastewater discharged from pharmaceutical manufacturing sites along with pollution downstream from manufacturing plants has been subject to increasing attention. Due to the various ways these contaminants are reaching our environment, river systems around Europe are now coursing with pharmaceutical waste which is having numerous adverse effects.

The Catastrophic Effects to our Environment

Anti-Microbial Resistance (AMR) is estimated to be responsible for around 25,000 deaths per year in the European Union.

In a recent European Parliament discussion, Joining the Dots -Tackling Pharmaceuticals in the environment and AMR in Europe, a clear link was drawn between pharmaceutical residues in water and Anti-Microbial resistance (AMR). This is extremely worrying as routine medical procedures are already becoming ineffective.

EPHA Secretary General Nina Renshaw went as far to say that AMR has the potential to be a bigger killer than cancer, as commonly adopted last resort antibiotics could become ineffective.

A dangerous cocktail of chemicals

As stated by Ms Renshaw, ‘if AMR was one single disease, the European Commission would have pulled out all the stops; however, action is slow because AMR is complex and difficult to get a handle on’.

Medicinal products in our ecosystems are present in a dangerous mixture which is continually evolving. The ecotoxicity of a mixture is higher than the effects of its individual components in most cases, even if all components are present in relatively low concentrations that don’t provoke significant toxic effects if acting singly on an organism.

With an issue of this magnitude, a simple solution is impossible. The issue has already reached a political level which is somewhat reassuring.

Policymakers are taking steps in the right direction with the introduction of regulations such as REACH which calls for the registration, evaluation, authorisation and restriction of chemicals.

Take-back and disposal schemes, green pharmaceuticals, eco-labels on packaging, compulsory prescription of pharmaceuticals with high environmental impact and awareness-raising are all practical ways to tackle the problem.

Analysis and testing has also improved considerably in recent years and this is driving change.

Wastewater treatment must be another key consideration when examining ways to reduce pharmaceutical residues in the environment.

Traditional treatment of wastewater can partly eliminate or remove pharmaceuticals, but some traces are still detectable in effluents.

In alternative wastewater treatment processes such as Ozone, Hydrogen Peroxide and Reverse Osmosis, large doses of chemicals are often used to eradicate trace level micropollutants. Not only does this come at a high price, it can also create a hazardous sludge which must then be incinerated.

This has created a demand for economical and environmentally-friendly solutions.

The final stage of water treatment, when only trace levels of pollutants reside in wastewater, has always been challenging. However, there are now state of the art solutions for the reduction of hard-to-treat micropollutants from water and wastewater streams.

The good news is that technology is advancing in this area. Arvia’s Nyex’ solution utilises adsorption and electrochemical oxidation, providing an alternative solution that treats water without the need to use chemicals.

The potential effects of pharmaceutical waste in European rivers cannot be underestimated, but fortunately the technology exists to make a tangible difference at the source of wastewater contamination. The magnitude of the issue means there is no simple solution, however the onus now falls on industry decision makers and EU policymakers to ensure a holistic approach is taken. There is no question, the time to act is now.