The scale of loneliness amongst the UK’s elderly population 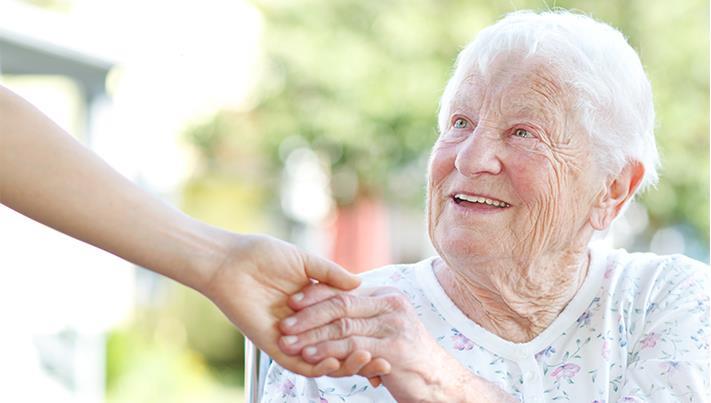 The UK recently appointed a Minister of Loneliness to tackle the problem of loneliness and social isolation in the UK. As they age and mobility issues become more problematic, elderly people become more vulnerable to loneliness. Shockingly, one survey found that around 200,000 older people in Britain had not had a conversation with a friend or relative in more than a month.

There are two main causes of feeling alone and secluded amongst our elderly; social isolation and loneliness. If someone feels socially isolated, they might have a low quality of social relationships and contact with other people. Loneliness ‘ on the other hand ‘ is based on a person’s perception of the social connections that they need compared to what they have. People can feel lonely in a room full of people if they feel that they don’t have a role in society or any companionship.

The situation in the UK
6% to 13% of people aged over 65 living in the UK said that they felt lonely all or most of the time. This percentage has remained static since the 1940s, but with an ageing population, the number of people feeling lonely is growing.

Are certain people across the UK more prone to loneliness? Research shows that geographical areas can have an effect on an older person’s likelihood to feel lonely. Among the five areas with the greatest levels of loneliness in England and Wales were Tower Hamlets in East London, Hackney and Blaenau Gwent. On the hand, the vicinities with the lowest levels of loneliness were found to be Hart, Wokingham and Chiltern.

There was also a direct correlation between those that have a low income and loneliness, suggesting that those with less money feel more socially excluded. Other influencers include poor health, reduced mobility, cognitive impairment and sensory impairment. It could even be genetic ‘ a study with identical and non-identical twins discovered that loneliness is 50% inherited and 50% due to external social factors.

It’s likely that people don’t realise that someone that they know could be lonely. In one survey carried out by Gransnet, an over-50s social networking site, 71% of respondents said that their close friends and family would be surprised or astonished to hear that they felt lonely. It’s a bigger issue than many of us realise and with 9% of older people feeling trapped in their own home, it’s something that needs to be talked about.

Understandably, many older people feel lonely and socially isolated because of their lack of visitors and low-quality relationships with other people. In fact, 12% of over 65s said that they don’t spend any time with their family and 17% of older people in the UK have less than weekly contact with family, friends and neighbours.

Of course, loneliness exists amongst other age groups too ‘ it’s just not as prevalent. Based on a UK sample of 2,386, 0.9% of 25-35 year olds said that they felt lonely all or almost all of the time in the week before they took the survey. Comparing this to 5.7% of adults over 75 who answered in the same way, it’s clear to see that loneliness is affecting our older generation more so.

Health and cost implications
By recognising and addressing the problem through the Minister of Loneliness, the UK government could see some savings across public spending. According to one estimate, the impact of being chronically lonely on public services costs £12,000 per person, based on their higher use of the NHS.

Having feelings of loneliness has been found to increase blood pressure and risk of cardiovascular disease, elevate cortisol and stress levels which in turn can weaken the immune system. The symptoms above all lead to more GP visits and potential hospital admissions.

Researchers concluded that loneliness is more harmful than obesity or smoking 15 cigarettes a day and the epidemic is inflicting a cost of £32bn on the British economy every year.

What can be done?
In a study conducted by The Future Foundation in 2013, it was predicted that the number of older people reporting loneliness in the UK would rise by 40% to 7 million by 2030. It’s certainly an issue that must be addressed, and with a newly appointed Minister of Loneliness, we could be heading in the right direction.

By the local authorities
There are many existing activities and meet-ups that older people can attend to help them become more involved in society. However, these sorts of classes and day centres, especially those that are tailored for Alzheimer’s sufferers, need supervision and funding. It’s important that local authorities push for public funding in their area and raise the importance of tackling loneliness.

It’s also important that older people are aware of what is going on in their area. Since they may not be avid users of social media or the internet, there needs to be other ways to reach them. For example, this could be through direct mail marketing or advertisements in local newspapers.

Other members of the public services should be encouraged to spot the warning signs of loneliness and social exclusion and introduce the older person to the services available. This could be in the form of GPs asking relevant questions and thorough checks being carried should a lonely individual end up in hospital.

By the general public
One of the main things that should be done is encouraging discussion around the issue. 12% of over 65s said that they feel cut off from society and if this was even reduced by 1% it would make a massive difference. By discussing it amongst each other, it can encourage people to visit their elderly family members and friends more often and direct them to places where they can safely socialise.

There are many companionships that the general public can take part in too. Age UK set up a telephone befriending service ‘Call in Time’ which has seen many benefits. This included older people saying that they valued the ability to talk, listen and share information as well as being provided with a sense of belonging. Visit the Age UK volunteer page here to find out how you can get involved.

As we can see, loneliness in the UK is a growing epidemic. Individuals are feeling secluded from society and it’s having huge implications on both their health and public spending. As individuals, local authorities and the Minister of Loneliness take action, we hope to see some positive changes to the proportion of the UK population suffering from loneliness.

This research was conducted by Acorn Stairlifts, retailers of straight and curved stairlifts.