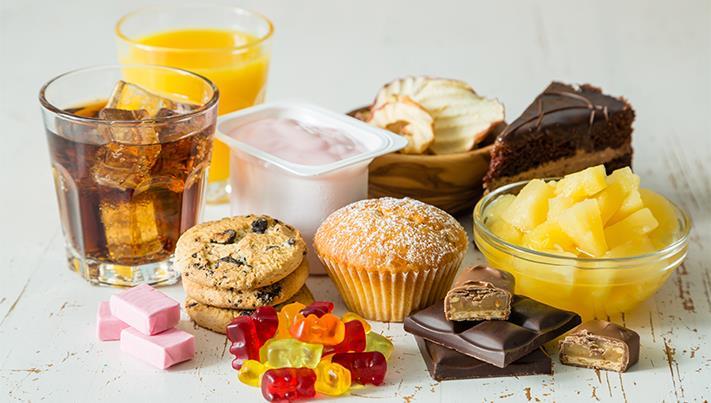 Britain is being beaten in its war with weight because millions of people struggle to reduce the amount of sugar they consume, a new report of 1,003 Brits ‘The Sugar-Traps And Sweet Deceptions That Are Defeating Dieters’ reveals.

Groundbreaking research[1], conducted by Ginger Research Global in Summer 2019 into the nation’s dieting habits and awareness of sugar issues commissioned by Hermesetas – the pioneering Swiss brand which launched as one of the world’s first branded evidence-based low-calorie sweeteners – reveals a string of large holes in the public’s understanding of how best to lose weight and keep it off.

According to this latest research poll, a staggering half of all diets started, fail within the first week, with 51% of adults admitting they cheat or give up within just seven days. Lack of willpower is the greatest challenge (36%), closely followed by resisting the temptation to eat something sweet (33%).

Two out of three adults (64%) worry about their sugar intake, and the same number (64%) believe that sugar reduction is important when they are trying to lose weight ‘ yet the new data from Hermesetas shows that seven out of ten adults do not actually know how much sugar they can safely consume.

The research poll from Hermesetas1 also found although three out of five adults buy reduced or sugar-free foods and drinks when they are dieting, one in five (21%) do not check how much sugar is in many of the everyday foods they eat. The new data confirms our uneasy relationship with sugar and helps to explain why nine out of ten people (89%) who lose weight put it back on when they stop dieting.[2]

Two out of three adults (67%) have been on a diet, with women far more likely to have tried losing weight than men (75% compared to 57% of men).  Nine out of ten people (89%) who had lost weight had put it back on after they had stopped dieting[3] ‘ and a quarter (26%) said this had happened almost every time they had shed weight.

Health watchdogs have identified sugar as a key culprit in our battle with the bulge, and say that better understanding here could be the key to more effective and healthier diets. In 2015 the Scientific Advisory Committee on Nutrition (SACN) warned we all need to slash our intakes of ‘free’ sugar ‘ the term used for all forms of added sugars, as well as those which occur naturally in some processed foods but, because they are so rapidly absorbed, they behave in the same way as added sugar.

The official advice is that free sugars should not exceed 5% of total dietary energy. This translates to an intake of just seven teaspoons a day-which is less than half of current average consumption. Data from the National Diet and Nutrition Survey (NDNS) shows adults get 222% of the recommended amount of energy ‘ more than double – from sugar than they should (11.1% of total energy), primary-school children (four to 10 years old) get a worrying 270% of the recommended amount (13.5%) and adolescents consume 282% of the guideline amount (14.1%).

Lead report author of The Sugar-Traps and Sweet Deceptions That Are Defeating Dieters and Public health nutritionist, Dr Emma Derbyshire notes: ‘Something is clearly going wrong. There is consensus that current sugar intakes are far too high, and reducing consumption of rapidly absorbed free sugars has been identified as a health priority. But how can consumers achieve the new sugar reduction targets when they don’t know what they are, and they are not checking how much sugar is in the foods they eat?’

The new Hermesetas research shows that seven out of ten (68%) admit they do not check the sugar in ready meals ‘ which have been identified as a source of hidden sugar ‘ and 64% do not check the sugar in breakfast cereals, another often-overlooked source of hidden sugar. NDNS data confirms that breakfast cereals provide 9% of the average adults’ daily intake of free sugar.

The Hermesetas research also reveals widespread ignorance around different types of sugar, with consumers convinced that brown sugar is healthier than refined white sugar, and that honey is much better than both.  Dr Emma Derbyshire says: ‘Although honey may contain some additional antioxidants, it is essentially sugar ‘ and in terms of weight control, and its impact on blood-sugar levels, it is just as challenging as white or brown sugar.’

GP, Dr Gill Jenkins says: ‘Most people know that weight loss is all about reducing calories in, and increasing calories burnt. It’s a simple equation ‘ but it is complicated by individual eating habits, dietary desires, especially many peoples’ cravings for sweet tasting foods and drinks, and motivations to lose weight.’

Dr Jenkins adds: ‘We live in a world which demands simple and easy-to-achieve solutions. We also know that significant weight loss can be achieved through small, but sustainable long-term changes ‘ and swapping sugar for a low or no-calorie sweetener ticks both these boxes. Sugar substitution is a simple and achievable way to cut calories. It requires no will-power and allows dieters ‘ and anyone who wants to maintain a healthy weight ‘ to enjoy sweet treats which are free from unhealthy free sugars and excess calories.’

Three out of four (73%) people believe small but long-term dietary changes are an effective way to lose weight ‘ a view which is supported by solid evidence. Life coach and agony aunt Carole-Ann Rice says: ‘This is a key finding because we know that replacing sugar with a no – or low-calorie sweetener such as Hermesetas is a small and simple change which reduces both sugar and calories. The only question is, ‘Why aren’t more people using a no- or low-calorie sweetener instead of sugar?’

A review of 16 studies confirmed that switching sugar for low-calorie sweeteners like Hermesetas reduced average daily calorie intake by 10% and led to a statistically significant weight loss of 0.2kg per week [4].  Analysis carried out as part of the review estimated that switching from sugar to sweeteners would lead to weight loss of 3% in 12 weeks ‘ and over year, would equate to a 10kg loss for a 75kg person.

In summary, Dr Emma Derbyshire says: ‘Experts agree that sugar, and the excess calories it provides, is a key contributor to rising levels of obesity. We all know that cutting sugar will cut calories, and that cutting calories is crucial for weight loss. But as the Hermesetas data shows, dieting takes determination and it can be even more difficult to achieve the long-term changes needed to maintain weight loss.

‘That’s why evidence based low- and no-calorie sweeteners like Hermesetas are such an effective weapon in the war on obesity. Swapping sugar for a low or no-calorie sweetener is a simple, safe and sustainable change, it requires no willpower and there is no sense of denial. If you crave something sweet, you can reward yourself with a low-calorie treat ‘ so there is no temptation to cheat.’

‘However, as the Hermesetas survey shows, there is unfortunately a significant proportion of consumers that have not tried sweeteners because of myriad myths and misconceptions about how safe they are to consume regularly ‘ many of them promoted by unqualified bloggers and self-appointed experts.

“The real experts ‘ scientists and academics in the European Food Standards Agency, the US Food and Drug Administration, and other government health agencies ‘ have confirmed that sweeteners are not only safe, but they can play an important part in weight loss and managing blood sugar levels.’

For information and recipes which show how easy it is to make sweet treats that aren’t packed with calories, go to www.hermesetas.co.uk