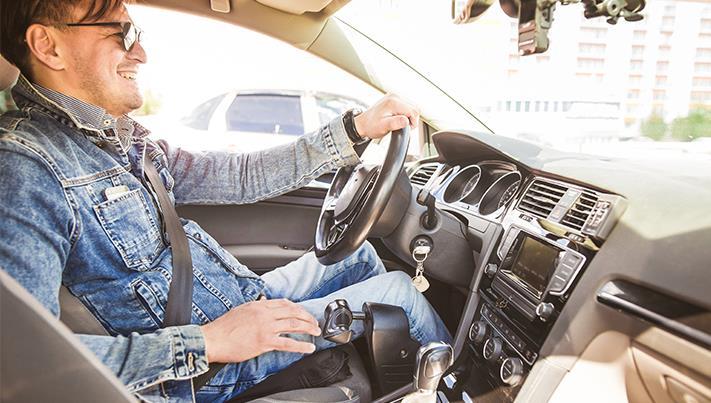 Here with Lookers Ford, registered dealers of Ford Disability Cars, we look at how the engineering and technological developments of the motor vehicle industry has, and can still, impact the life of those living with disabilities.

Around 20% of the population are registered disabled, with just under half of that figure wheelchair bound. The journeys that we make each and everyday are simply not possible for some of those people without assistance from someone else. Technological advances within the motor industry have increased tenfold since the turn of the millennium. Now, in 2019, driverless cars, a concept that seemed like a pipe dream way back when, could finally be paving way on the roads of the UK

The history of disability motoring

Back in 1946, the NHS was beginning to find its feet, simultaneously as hundreds of thousands of injured service men and women returned from the war. Bert Greeves, a French-born engineer and motorcycle enthusiast, invented the very first accessible motor-driven trike, to give some form of independence back to his cousin Derek. These vehicles were designed for one person and certain models could reach up to 82mph ‘ alongside the isolation these vehicles brought, they also weren’t particularly stylish, with even their owners referring to them as ‘Noddy cars’.

What adaptations can you alter?

For someone with a disability, it isn’t just a case of arriving at their local showroom and picking out the car they want based on horse power or it’s in-built surround system. The added extras that could potentially be added are going to be a need rather than a want.

For those who have difficulty applying pressure to the standard issue pedals, hand controls such as a push/pull lever can be fitted. Similarly, pedal modifications can be made, allowing drivers to adjust the position of the pedals when hitting the road.

Northern Irish woman Alison Lockhart who suffers from spina bifida suggests: ‘Having a vehicle professionally adapted to suit your needs opens up so many opportunities in employment and social activities, that otherwise would have been virtually impossible.’ Alison requires a wheelchair and recently purchased her new car that includes various adjustments including a steering ball. Working more than 20 miles from her house, her life would be completely different without her own car.

Back when Knight Rider appeared on our screens, no one can deny being fascinated, and a tad jealous, by David Hasselhoff’s ability to speak to his car. Voice activation in the car is no longer a concept that you have to pull out your old VHS player for ‘ it’s readily available with a simplistic Bluetooth feature in your car. Have you ever considered how much of a difference this function could make to someone with a disability on their daily journeys? Making a call home, navigating through a busy city centre or even turning the temperature up and down, can all be done via a voice command.

What can we expect to see?

The news as of late is awash with the latest updates of autonomous vehicles ‘ one simply can’t get away from it. Realistically, it won’t be any time soon before we see the arrival of driverless cars on our roads, however the UK government are set to amend the laws regarding the area within the next two years.

We have recently seen Google testing their new project, Waymo, labelled the world’s most experienced driver ‘ and it’s a far cry away from Bernard Greeve’s initial development. Reports have already discussed how the cars will reduce the stress of parking, as they find the space for us.

Similarly, free time will be in abundance due to the reduced hours spent behind a wheel when we could be doing so much else. But, more importantly, these advances could ultimately provide independence for millions of people across the world otherwise restricted by their disability.

The developed technologies touched on above, dating right back to 1946, have proved to be particularly beneficial in aiding those suffering from disabilities in getting through their day to day lives, and from the metaphorical A to B. However, the future looks to hold a whole lot more.