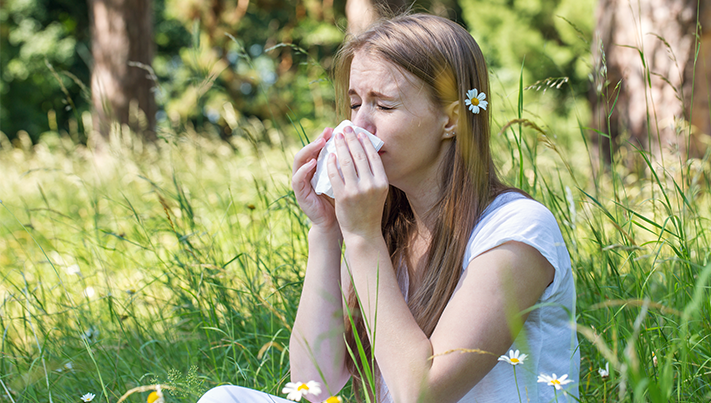 Over three million asthmatics have not been tested for the triggers that could cause a fatal attack, figures suggest.

Allergic asthma is the commonest form of the condition, accounting for 50% of adults and 90% of children.

A new study of over 5,000 asthma patients shows that only 1 in 3 have been allergy tested, even though 2017 NICE guidance for asthma treatment recommends specific IgE testing to identify allergens as soon as a formal asthma diagnosis has been made.

Every ten seconds someone in the UK has an asthma attack and around three people every day die as a result. The top ten triggers include grass pollen (1st) house dust mites (2nd) and cats (3rd).

Megan Winzer, 22, from Letchworth has suffered from asthma since she was one year old, she also has a severe nut allergy and has had three anaphylactic shocks in the past 10 years, resulting in intensive care admissions. ‘I know there’s link between asthma and allergy,’ she says, ‘but I’ve never been offered a test and no one has explained the link.’

Over 50% of people who took part in the research believed that understanding their asthma triggers would help them to manage their condition. 90% of those who had been tested believed this was the case.

Dr Shuaib Nasser, Consultant in the Department of Allergy and Asthma at Cambridge University Hospitals NHS Foundation Trust, commenting of the research which was conducted on behalf of The British Society for Allergy & Clinical Immunology (BSACI) said ‘We know that triggers can be identified for many people with asthma – the attacks don’t come out of the blue.’

Patient knowledge of asthma triggers could reduce hospital admissions and save the NHS millions. The cost of asthma to the NHS is GBP 1.1 billion per year, of which over GBP 660 million is spent on prescription drugs. NHS data shows that there were more than 77,000 asthma-related hospital admissions in 2018, costing over GBP 120 million.