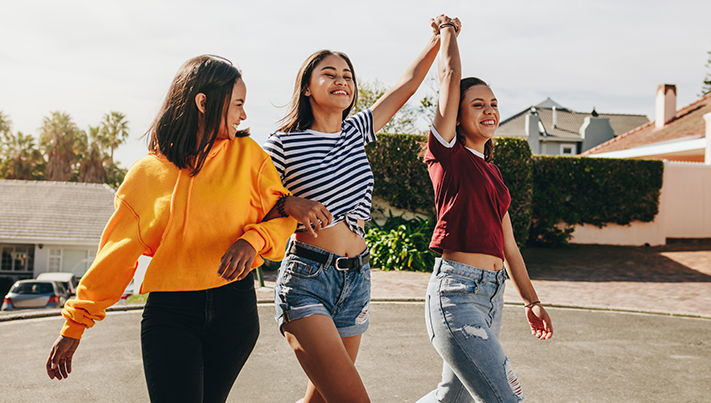 ‘ New survey reveals average of three days missed per school term due to periods ‘ higher than cold, flu, holidays or truancy
‘ A third admitted either they, or someone they know, has been impacted by period poverty in the last 12 months
‘ Nearly half of teenage girls believe period poverty prevents girls from doing well at school ‘ and a third believe it holds girls back from achieving their aspirations
‘ Half of girls feel let down by not enough being done to prevent period poverty
‘ New research by phs lifts lid on scale of Period Poverty as it announces plan to offer coin-free sanitary vending machines to school for free

A new research report by hygiene services provider phs Group reveals nearly half of teenage girls believe period poverty prevents girls from doing well at school and a third believe it holds them back from achieving their aspirations.

The new phs survey on the experiences and opinions of 1,000 teenage girls across the UK found that nearly one in 10 girls believe having to miss school due to the lack of access to sanitary products is the single biggest barrier facing girls at school today.

Taking time off school due to periods is now the most common reason for girls to be absent from class ‘ more than colds, flu and holidays or truancy ‘ according to the research. More than half (52%) of girls have missed school due to their period, accounting for an average of three days of school each term. In comparison, an average of two days per term is lost to cold and flu with one day lost to holidays. Of those who miss school due to their period, nearly one in 10 (7%) say this is a direct result of being unable to afford or access sanitary products ‘ equivalent to one girl in an average class of 30. Meanwhile, more than one in ten (14%) don’t feel they can talk to staff at their school, causing them to stay home.

The phs research went on to find that a third of girls admit that they, or someone they know, has been impacted by period poverty in the last 12 months. One in 20 (5%) say they had been unable, or found it difficult, to afford sanitary products in the last 12 months with 4% saying they were unable to access them entirely. This has led to nearly one in five girls wearing sanitary products longer than they should, nearly one in 10 wearing something else other than sanitary products and the same amount having to spend their lunch or travel money on products. In addition, 1% have to resort to theft.

The new statistics on periods and period poverty are released today for the launch of phs Period Poverty, an initiative to raise awareness of the scale of the issue in the UK and create a practical solution. The initiative has been supported by high profile campaigner Amika George, founder of #FreePeriods.

The UK Government and Welsh Government have vowed to tackle period poverty by offering access to free menstrual products in all schools with a similar directive already in place in Scotland. However, the survey highlights the need for swift implementation. Nine out of 10 girls feel period poverty is a real issue but more than half (52%) feeling it isn’t taken seriously enough. Half (48%) also say they feel let down that not enough has been done to prevent period poverty.

While this new pledge is a huge step forward, it will depend highly on how accessible these products are made in schools. A fifth (21%) of girls say they have no access to free sanitary products at home or elsewhere and, although 6% say they understand there is access to free products at their school, they do not know where these can be accessed from. Over three quarters (76%) of girls say they feel there should be free access to products in schools with 52% saying this should be in the form of free vending machines in the school toilets.

But it is not just access to products that is the issue with nearly half (46%) saying that more needs to be done to remove the stigma of periods and the same amount wanting more to be done to raise awareness about periods.

Clare Noble, head of healthcare at phs, said: ‘There is still a stigma attached to talking about periods and period poverty ‘ and this is wrong. There should be no barriers to tackling period poverty and only by lifting the lid and recognising the scale of the problem can we ensure that it is effectively addressed. What’s significant about this research is that it focuses on the experiences and opinions of girls about period poverty over the last 12 months, demonstrating that it is a very current problem in today’s society. If nine out of 10 girls are telling us that period poverty is a real issue, we should all be listening and compelled to take action.’

Today, phs is announcing it will provide its free-vend sanitary machines at no cost to schools, in conjunction with local authorities, unitary authorities and government.

Chris Brown, head of public sector at phs, said: ‘In response to the growing issue of period poverty, phs has worked with local authorities, schools, government and FM providers to develop a practical and affordable solution. We’ve created a coin-free sanitary machine which can be placed within washrooms, offering girls products whenever they need it both conveniently and discreetly. On our part, we pledge to provide these machines free of charge to schools as we honour our commitment to do the right thing when it comes to period poverty. It is fantastic that governments have pledged to provide free sanitary products to schools but we need to ensure that this is implemented quickly in order to reach the front line and really make a difference.’

In support of the campaign, Amika George said: ‘I think this research is absolutely vital in helping us to understand just how prolific and damaging period poverty in the UK. The Government’s recent pledge to provide funding for free period products in all schools will make a real difference for those children who’ve been struggling to afford to manage their period, and I really look forward to seeing the positive impact of that from early next year. Yet, it’s clear from this research that much more needs to be done in terms of education, and helping children to feel that their periods don’t need to hold them back. We need to open up the conversation around menstruation because it’s clear that stigma is still a huge issue and we have to find new and creative ways to tackle that.’

For more information including the new phs Period Poverty research report, visit https://www.phs.co.uk/periodpoverty or follow @phsGroup on Twitter and phs Group on LinkedIn