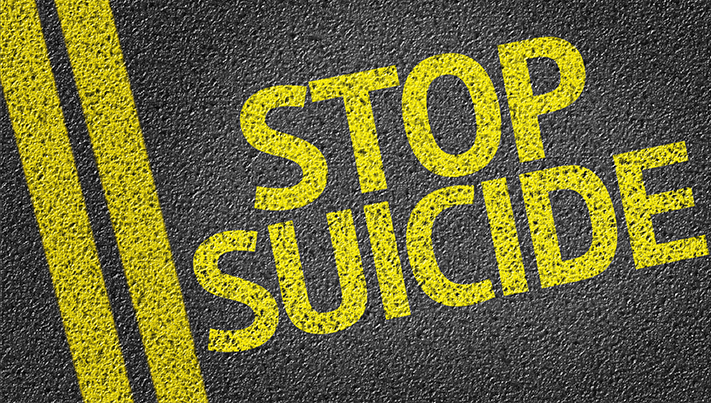 Men are five times more likely than women to take their own life. In Dudley, male suicides are 60 per cent above the national average and one person dies by suicide every fortnight.

While specialist services play a vital role in suicide prevention, three-quarters of people who die by suicide are not known to specialist agencies.

With the ambition of preventing these unnecessary deaths, earlier in 2018 Dudley’s Suicide Prevention Partnership, championed by Dudley Health & Wellbeing Board, set out to design and launch an awareness campaign using Dudley Council poster sites and bus stop posters, alongside an engaging and fact-filled website ReachOutDudley.co.uk. This was all developed by agency ThePartnership.cc, and went live on 10th December.

As well as connecting with those thinking about suicide, people affected by suicide or worried about someone are also targeted.

Kat McEwen, business development director of Wombourne-based ThePartnership.cc, says: ‘It has been stimulating to work with Dudley Council and its partners using our project planning hub to devise the most effective and very practical campaign to promote public awareness of suicide and suicide life-skills as well as reducing the risk of suicide among high-risk groups. The campaign has involved local organisations, media, and workforce training to devise a suicide prevention support pathway with a single, trusted and well-publicised website linking to all existing resources.

‘Success is to make suicide no longer a taboo subject,’ explains Ms McEwen, ‘to break down stigma, make people aware of readily-available support services, ensure training in suicide awareness and prevention is widely available, and bring about a suicide-safer community engaging a wide network of professionals, volunteers, family and community helpers who know how to help a person having thoughts of suicide and signpost them to appropriate support. The ultimate objective, of course, being to achieve zero suicides in Dudley.’

Senior Health Improvement Practitioner Sarah Owens of Dudley Council says: ‘As a partnership, we looked at national information, conducted a local mental health and wellbeing needs assessment and suicide prevention audit, and gathered views on these issues. Our plan takes account of the national suicide prevention strategy and the West Midlands Combined Authorities’ THRIVE action plan for mental health and zero suicides whilst representing a key delivery strand within Dudley’s overarching Mental Health and Wellbeing for All Strategy (2018-2023) for adults and the Emotional Health and Wellbeing Strategy for children and young people (2017-2022).’