7 Diseases for Which Medical Marijuana Could Be Beneficial 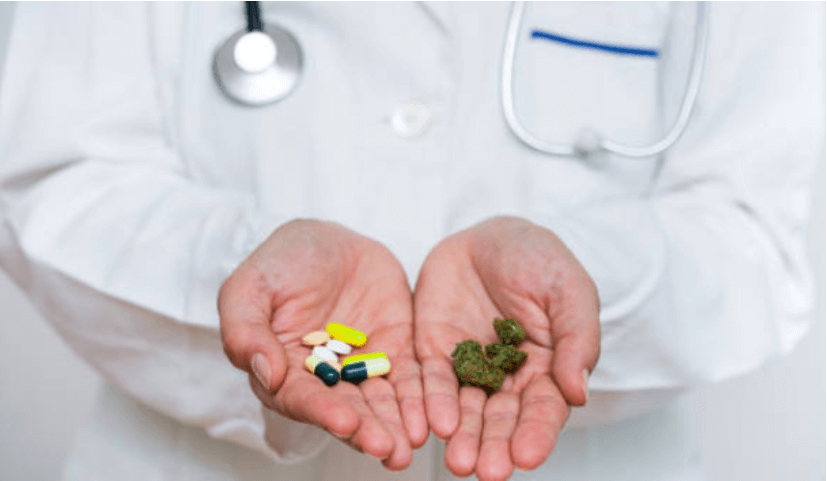 Marijuana is effective in treating various medical conditions. According to a 2015 study, 23 states in the US have approved medical marijuana for the treatment of AIDS or HIV and cancer. Marijuana is known to alleviate pain, nausea, and vomiting and can also stimulate appetite.

What is Cannabis, and How Does It Work?

Cannabis is a plant that contains many chemical compounds, including cannabidiol (CBD) and tetrahydrocannabinol (THC). Cannabis has been used for many years for its medicinal properties. It had been even documented in the United States Pharmacopoeia until 1942. Today, cannabis is being rediscovered as a potential treatment for various conditions.

The human body has what’s known as an endocannabinoid system (ECS). This system includes receptors that cannabinoids like CBD and THC bind to. These receptors are found in the brain, nervous, and immune systems. When cannabinoids bind to these receptors, they can change how these systems work.

There is a growing body of evidence to suggest that medical marijuana may be beneficial for treating a range of different diseases and medical conditions.

Cancer is one of the most well-known and researched diseases that marijuana has been shown to be helpful. Marijuana can help relieve the pain and suffering caused by cancer and the side effects of cancer treatments like chemotherapy.

Donald Abrams, an oncologist, professor of medicine, and advocate of medical marijuana says there is strong evidence that it works for chemotherapy patients experiencing nausea and vomiting.

Marijuana has been shown to be effective in treating the symptoms of AIDS and HIV. This includes nausea, vomiting, weight loss, and neuropathy. Some studies have also suggested that marijuana may help to improve mood and sleep quality in people living with HIV/AIDS.

However, it is essential to note that marijuana is not a cure for HIV/AIDS. Nor is it an approved treatment by the US Food and Drug Administration (FDA).

THC and CBD are the two main active compounds in marijuana. THC is the compound that is responsible for the psychoactive effects of marijuana, while CBD does not have any mind-altering properties. Some studies have found that both THC and CBD can help to reduce anxiety, while others have found that only CBD is effective.

The effectiveness of marijuana as a treatment for anxiety may also vary depending on the individual. Some people may find that it helps ease their symptoms, while others may find that it worsens their anxiety.

It is important to experiment with different strains and doses of marijuana to determine what works best for you. As medical cannabis use increases, more users want to buy and grow their own plants at home. Companies like The Seed Fair have a variety of medical cannabis seeds to be acquired. If you are looking for high-quality marijuana seeds with a good chance of producing healthy plants, they have many different strains, including autoflower seeds and weed seeds.

Crohn’s disease is a chronic condition that can cause digestive system inflammation. Some people with inflammatory bowel disease (IBD) find that marijuana, or CBD products (cannabidiol), can help relieve symptoms.

Here are some key points about using marijuana for Crohn’s disease.

Marijuana helps relieve symptoms such as pain, diarrhea, and inflammation.

CBD may help to improve appetite and sleep in people with Crohn’s disease.

Marijuana may interact with other medications used to treat Crohn’s disease, so it is important to talk to your doctor before using it.

Marijuana use has been shown to be effective in treating seizures in people with epilepsy. Another active ingredient in marijuana, CBD, has anti-seizure properties that can help to control seizure activity. Certified medical marijuana products are now available in some states for treatment-resistant pediatric epilepsies such as Dravet syndrome and Lennox Gastaut syndrome.

Studies on the effect of marijuana on blood pressure are limited. However, the available research does suggest that marijuana may be effective in lowering blood pressure.

Some studies have found that marijuana lowers blood pressure, while others have found conflicting results. It is possible that the difference in results is due to factors such as different strains of marijuana used or different administration methods.

Cannabis has also been shown to be helpful in reducing inflammation. Inflammation can also lead to other health problems, so reducing it can ripple effect on overall health and well-being. Marijuana is known to have anti-inflammatory effects. The active ingredients in marijuana, cannabinoids, interact with the body’s endocannabinoid system (ECS). The ECS is a network of receptors and chemicals regulating many body functions, including inflammation.