Brain Injuries in Sport: The Role Medical AI Can Play 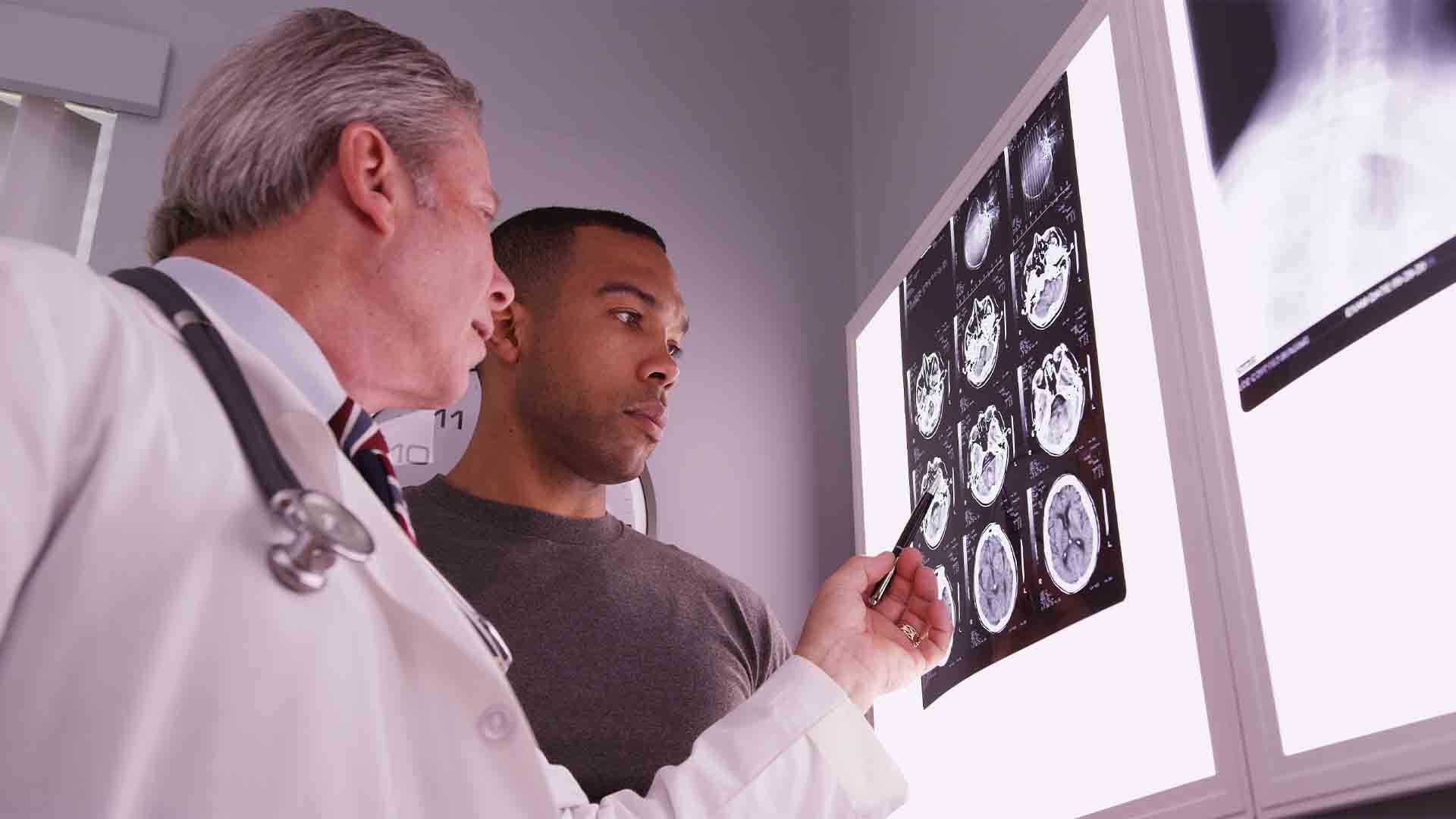 It feels like barely a week goes by without a head injury in sport. And, with many of us experiencing a lockdown and all but elite sports cancelled, we’re engaging with football, rugby, and other televised sporting events more than ever to keep ourselves entertained. This laser-focus on high-profile head and brain injuries has led to a better public understanding of the issues, as well as more focus from the medical community on preventing the neurodegenerative after-effects.

This article will explore the recent incidents that have turned both public and scientific attention to brain injuries in sport.

Football followers were stunned when Wolves’ Raúl Jiménez suffered a fractured skull following a clash with Arsenal’s David Luiz in December. The striker has since undergone surgery, leaving him with a large scar, and is slowly working on rehabilitation. The Premier League has since implemented “concussion substitutions”, allowing teams to make an extra substitution if a player has to come off following a head injury. Further, the Football Association (FA) updated its guidance on treating head injuries, mandating players be removed from the pitch until treatment is complete and creating the tagline “if in doubt, sit them out”.

Our understanding of the impact of head injuries has increased in recent years because of a number of these high-profile incidents and diagnoses. Several former international sports stars were diagnosed with dementia in late 2020, including ex-footballer and 1966 World Cup winner Bobby Charlton and rugby internationals Steve Thompson and Alix Popham. Additionally, Rugby World Cup winner, Kat Merchant, was diagnosed with a “lower cognitive capacity” as a result of her long career at the pinnacle of women’s rugby.

Thompson is leading a group of former elite rugby players in filing a brain injury claim against English and Welsh rugby authorities, as well as international governing body World Rugby. The group is arguing alleged negligence from the governing bodies and states that repeated blows to the head sustained during their years of playing the sport have led to brain damage. The group’s lawyer claims there are up to 80 former players between 25-55 years of age, who are exhibiting neurodegenerative symptoms, prepared to back the group.

These diagnoses also prompted the formation of a new charity, Head for Change, to provide support for ex-football and rugby players who have been diagnosed with brain injuries as a result of their career. Registered in December 2020, the charity works with leading scientists to make a positive change and lessen sport-related neurodegenerative conditions.

The medical community jumps into action

Sobering research from the Queen Elizabeth University hospital in 2019 found that footballers are three and a half times more likely to die from neurodegenerative conditions compared to the general population. Further, there was a strong link found between playing professional football or rugby and the onset of chronic traumatic encephalopathy (CTE), a progressive brain condition which affects memory, focus and speech, amongst other things.

The good news is that as interest and engagement in this topic continues to rise, so does the medical research and treatment. Artificial intelligence (AI) is being used in trials to predict injury risk in a number of sports including football, basketball and American football.

Researchers from Imperial College London and the University of Cambridge recently developed an AI algorithm that can be used to detect brain injuries and identify several types of brain trauma. The tool analyses CT scans to quickly identify lesions associated with brain injuries and trauma, with the potential to cut hours of work from manual analyses. One of the goals, according to Cambridge Department of Medicine’s Professor David Menon, is to use CT scans quantitively to build a full picture of common brain lesions.

He said, “Often, much of the rich information available in a CT scan is missed, and as researchers, we know that the type, volume and location of a lesion on the brain are important to patient outcomes.”

The machine learning tool was trained using over 600 CT scans with brain lesions of varying sizes and types and, as a result, can now identify key parts of the image and determine if they are normal or not. It’s expected that the tool will help doctors create treatment plans that are tailored to each individual’s condition. “We hope it will help us identify which lesions get larger and progress, and understand why they progress, so that we can develop more personalised treatment for patients in future,” Menon added.

Following a lawsuit from ex-players and a subsequent settlement costing over $1 billion, the NFL implemented measures to not only assess the impact of injuries sustained in the sport, but to prevent them. The addition of strain gauges to players’ helmets records the impacts sustained, with a lot of g-force exertions already recorded. The NFL has further collaborated with Amazon Web Services to analyse the data from the helmets, as well as video analysis. According to the BBC, this technology could be extended to football, but it’s unclear how this will be applied.

In 2019, sensors were implemented in rugby players’ gumshields to assess the impact of head injuries. Because the jaw moves when the head is impacted, it’s an accurate way of measuring the force the skull undergoes. This data is fed back to medical staff on the touchlines in real time, allowing for a quick intervention and substitution, if necessary.

The future of brain injuries in sport

Brain injury charity Headway has called for more action from the Premier League and FA regarding the introduction of concussion substitutions in football. The charity used the incident between David Luiz and Raúl Jiménez to highlight how poor current protocols are. David Luiz returned to the field having had his head bandaged – with visible blood from his injury – before being substituted at half-time because he couldn’t continue further.

Though the introduction of concussion substitutions allows teams to take injured players off the field for immediate assessment and treatment, Headway has highlighted the league and governing body’s inaction on preventing these types of injuries.

Equally, while the introduction of wearable technology in rugby can help limit the impact of injuries sustained in-play, more action needs to be taken to prevent brain injuries as a result of the sport in the long term.

High-profile incidents on the pitch and devastating diagnoses of former players have catapulted brain injuries in sport into the spotlight. Medical AI and wearable technologies are being implemented to assess the impact of sport on brain injuries, but we still have a long way to go before these injuries are prevented. We’re not sure what those preventative measures look like yet, but the future looks promising.