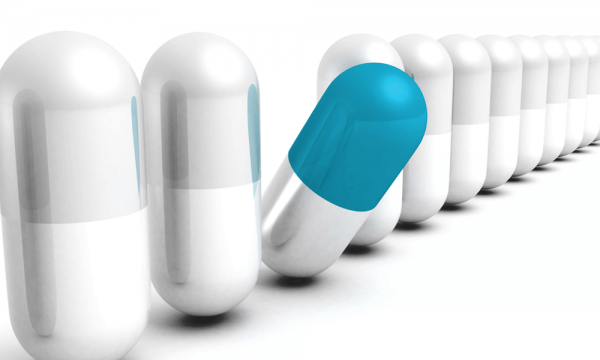 Poor quality medicines are a real and urgent threat that could undermine decades of successful efforts to combat HIV/AIDS, malaria and tuberculosis, according to the editors of a collection of recently published journal articles. Scientists report up to 41% of specimens failed to meet quality standards in global studies of about 17,000 drug samples.

Among the collection is an article describing the discovery of falsified and substandard malaria drugs that caused an estimated 122,350 deaths in African children in 2013. Other studies identified poor quality antibiotics, which may harm health and increase antimicrobial resistance. However, new methodologies are being developed to detect problem drugs at the point of purchase and show some promise, scientists say.

Seventeen articles in all, detailing various aspects of the issue and proposing possible solutions, are included in a special journal supplement ‘The Global Pandemic of Falsified Medicines: Laboratory and Field Innovations and Policy Perspectives,’ published online ahead of print by The American Journal of Tropical Medicine and Hygiene. Several articles suggest policy interventions, including an international framework and the adoption of stricter national laws against drug counterfeiting.

‘This problem continues to spread globally, creating an even greater challenge to cooperation among stakeholders, many with limited resources,’ noted the supplement’s co-editor, Joel Breman, M.D., M.P.H., senior scientist emeritus at the National Institutes of Health’s Fogarty International Center. ‘The need is urgent for collaboration among those with expertise in policy, science, technology, surveillance, epidemiology and logistics, in order to secure global supply chains.’

In an introductory essay, former U.S. Food and Drug Administration Commissioner Margaret Hamburg, M.D., says globalization has added layers of complexity to the drug supply chain that require greater oversight. ‘Today’s medical-product landscape blurs the line between domestic and foreign production, drawing attention to the need for global quality and safety oversight to prevent patient exposure to falsified products,’ wrote Dr. Hamburg, who was recently named foreign secretary of the Institute of Medicine.

Scientists inspected the quality of about 16,800 samples of anti-malarials, anti-tuberculosis medicines, antibiotics and anti-leishmaniasis drugs and reported from 9 to 41 percent failed to meet the specifications. Seven separate studies were carried out, primarily in low-resource settings, and included samples from public and private sources.

‘The pandemic of falsified and substandard medicines is pervasive and underestimated, particularly in low- and middle-income countries where drug regulatory systems are weak or non-existent, as shown by field studies in the supplement,’ says Jim Herrington, Ph.D., M.P.H., co-editor of the supplement and director of the University of North Carolina’s Gillings Global Gateway at Chapel Hill. Until recently, Herrington was director of Fogarty’s international relations division.

New methodologies to test drug quality are emerging and scientists reported the results of four investigations. Simple paper-based test cards proved to be an economical and portable method to identify very low quality anti-malarials. More sophisticated approaches using fluorescent and luminescent techniques or other novel technologies can measure with greater precision, but may be difficult to use in remote settings.

All of these promising tools require further testing to provide a greater evidence base to guide policymakers, the authors say.

An urgent and coordinated international response is required to address the pandemic of poor quality drugs, the scientists maintain. Policy proposals include a global agreement, similar to the Framework Convention on Tobacco Control , and stricter national laws to prosecute those who knowingly sell counterfeit medicines.

In addition to Fogarty, the supplement is sponsored by the Bill and Melinda Gates Foundation and the New Venture Fund.

The individual articles will be published online at: www.ajtmh.org/content/early/recent

About the National Institutes of Health (NIH)
NIH, the nation’s medical research agency, includes 27 Institutes and Centers and is a component of the U.S. Department of Health and Human Services. NIH is the primary federal agency conducting and supporting basic, clinical, and translational medical research, and is investigating the causes, treatments, and cures for both common and rare diseases. For more information about NIH and its programs, visit www.nih.gov.