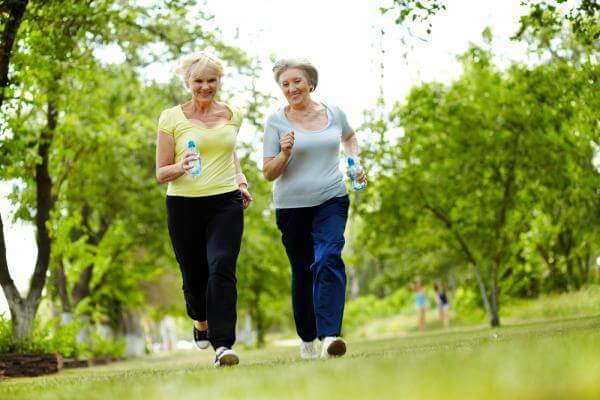 Individuals in Scotland are said to be more active than any other nation in the UK, a new global report on physical activity levels reveals.

The report, published today by the Global Observatory for Physical Activity (GoPA), demonstrates that 64% of adults in Scotland met the recommended guidelines for physical activity in 2013. In England the figure is 59%, in Northern Ireland 53% and in Wales 29%.

GoPA have published the data as part of a set of physical activity ‘country cards’ for 131 different countries globally, and the cards detail rates of activity and the percentage of deaths from inactivity.

For Scotland the figures were taken from the Scottish Health Survey 2013, relating to the recommendation that adults should participate in 150 minutes of moderate physical activity every week.

There is an increasing awareness that physical inactivity is a major public health challenge. Inactivity is said to account for 16.9% of all deaths in the United Kingdom and over five million deaths annually worldwide.

The Scottish Government has taken a variety of initiatives to encourage physical activity, indeed a number of projects have been funded, including those aimed at specific groups furthest away from meeting guidelines like teenage girls and older adults.

An increase in schools providing two hours or periods of PE in the last decade was reported, compared to less than 10% in 2004 to 98% in 2015. A sum of 188 projects have been given funding through the Legacy 2014 Active Places fund, and there will be 150 Community Sports Hubs throughout Scotland by next year.

‘It is encouraging to see that people in Scotland are more likely to hit physical activity guidelines than those in other parts of the UK. The guidelines say that all adults should take 150 minutes of moderate activity per week.

‘It’s important to stress that this is moderate activity. Walking, gardening and even cleaning all count towards your total. Failing to be active can have serious consequences for your health. It is linked to a host of health conditions including heart disease, Stroke, dementia and cancer.

The data concerning Scotland was gathered by Professor Nanette Mutrie, Chair in Physical Activity for Health at the University of Edinburgh. Professor Mutrie comment

‘This is good news for the health in Scotland because physical activity confers both physical and mental health benefits. But we must not be complacent because some segments of the population have low levels of physical activity. For example a very small percentage of older adults achieve the recommended physical activity levels and they are therefore missing major health benefits from activity. Scottish policy should continue to promote walking as one the easiest place for low active people to start to increase everyday activity.’

You can view the full set of Global Observatory for Physical Activity country scorecards here: