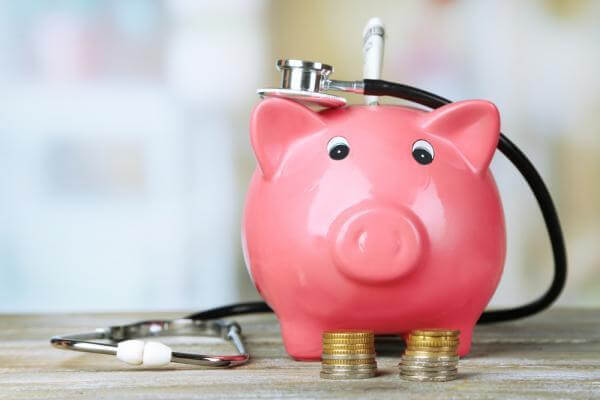 The results show that sustained financial and operational pressures led NHSFTs to expect that this financial year would be one of the toughest they had faced. During Q1 2015/16 they continued to miss key waiting-time targets, and the sector’s financial performance deteriorated rapidly. NHSFTs ended the first three months of the financial year with a net deficit (before impairments and gains or losses on transfers) of £445m and an aggregate earnings before interest, tax, depreciation and amortisation (EBITDA) (earnings before interest, tax, depreciation and amortisation) margin of only 0.9%. Acute NHSFTs in aggregate reported an unprecedented negative EBITDA of -0.3%.

This indicates that the current level of deficit is not affordable. Monitor is working with its national partners to provide intensive support to mitigate risks that NHSFTs face, with one package of interventions already announced jointly with the NHS Trust Development Authority (NHS TDA) in June. In addition to this they have also written to all NHSFTs in August encouraging them to take a critical look at their plans and explore any further options to reduce their deficits and announced details of controls on agency spending on 1 September 2015.

The financial pressures trusts are under has affected their performances, with NHSFTs continuing to underperform against the 95% target for accident and emergency (A&E) four hour waits in Q1 2015/16. During the quarter, 2.86m patients attended NHSFT A&E departments, which treated or admitted 94.5% of them within 4 hours. Although attendance in Q1 2015/16 was 4.6% higher than Q1 last year, the growth was mainly due to new NHSFTs and mergers and acquisitions. With these excluded, the like-for-like comparison suggested a 1.0% reduction, a further indication that there is no strong correlation between attendances and target performance.

Overall financial performance over the quarter has been poor, with NHSFTs in aggregate reporting a year-to-date deficit, before impairments and transfers, of £445m at Q1 2015/16, which was £90m worse than plan and £96m more than the full-year deficit for 2014/15. This rapid decline in NHSFTs’ financial performance saw 118 NHSFTs in deficit this quarter, with a total gross deficit of £485m. This was offset by just £40m gross surplus at 33 trusts.

The severe deterioration in the margin was largely due to higher pay costs (0.8% over plan) while revenues were on plan. NHSFTs were unable to recruit as many permanent staff as planned, resulting in trusts hiring extra agency staff to fill vacancies and maintain safe staffing levels. The extra costs of agency staff (£192m) and bank shifts (£76m) outweighed the £213m savings from vacancies. This had a knock-on impact on NHSFTs’ planned cost improvement programmes (CIPs), as 65% of the £64m shortfall in CIPs during the quarter was pay-related.

Overall Monitor indicated that their interventions in this area, which include implementing new rules on procuring agency staff, would potentially not be enough to secure the financial future for NHSFTs.

‘Performance in the first quarter of the financial year is usually worse than the rest of the year. In addition, Monitor’s package of interventions announced on 2 June would not have had a significant impact on the Q1 position as it was still in the early stage of implementation. Reflecting their financial pressures, NHSFTs are projecting a full year deficit of £1.01bn, which is £80m worse than the plan of £931m for the year.’

Paul Healy, Senior Economics Advisor, NHS Confederation commented on the report, arguing that funding needed to be secured in the spending review.

‘The billion pound NHS deficit now forecasted for Foundation Trusts is a symptom of problems across the entire health and social care system and we agree with Monitor that radical change must happen.

‘Unfortunately financial planning in the NHS leaves the health service navigating in the dark without knowledge of how much funding will be available in six months’ time. Eighty-seven percent of our members want to see a long-term financial commitment from the Government on health and social care so that we can plan changes and become more sustainable. We also want to see £4bn of Government’s £8bn funding commitment available to the NHS within the next two years.

‘Hospitals and other frontline NHS organisations have all-but exhausted their options for becoming more efficient. They are also increasingly affected by cuts in social care, local GP shortfall and a host of other challenges.

‘We need an end to the short-term approach to finances which is causing financial instability in the NHS and acting as a hindrance to transforming patient care.’

The full report from Monitor can be viewed here.