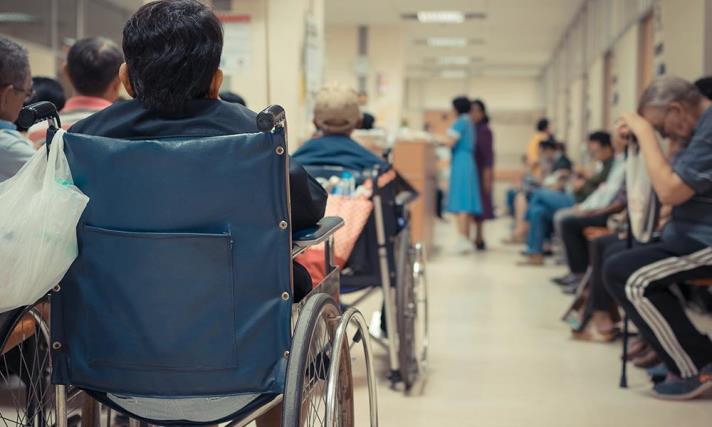 Seeing headlines and fears for the NHS has become all too common over the last few years. The latest worry is that NHS England is treating too many patients as emergency cases. But is there no sign of improvement or hope? Medical negligence solicitor group Tilly Bailey & Irvine Law Firm have examined the various aspects of the NHS as we head through 2018.

Violence against NHS staff on the increase

There has been an increase in recorded cases of violence against NHS staff. According to data obtained from 181 of the 244 NHS hospital trusts by the Health Service Journal and trade union Unison following a Freedom of Information request, 56,435 attacks against staff were reported by the trusts in 2016/17. This is up from the 51,447 attacks which were recorded during the previous year. The pressure caused funding cuts and staff shortages at the NHS were acknowledged as creating a ‘hostile atmosphere’ for workers.

The head of health at Unison, Sara Gorton, said: ‘It’s no accident that trusts where the pressures seem the most extreme ‘ where there are huge financial deficits or where it’s a struggle to meet growing demands on services ‘ have seen the steepest rise in the number of attacks. This desperate situation is only set to worsen as the squeeze on resources gets tighter.’

A spokesperson for NHS England has also commented on the findings: ‘It is completely unacceptable that a nurse, paramedic, porter or any member of NHS staff should be assaulted physically or verbally as they care for patients. NHS England continues to work with trusts and any of our staff affected, to help the police and other authorities do everything needed when an assault takes place.’

A Department of Health and Social Care spokesperson also noted that they ‘are making crucial legal changes to ensure those who are violent face the full force of the law and NHS employers should have no hesitation in involving the police if their staff are subject to aggression or violence’.

Relief with the support of technology

New technology is looking to relieve the pressure on the NHS.

NHS England is apparently accelerating the development of four new pieces of technology, which chief executive Simon Stevens says ‘will improve patient safety and potentially reduce the need for invasive and expensive tests’.

The four new pieces of kit are:

1.       Endocuff Vision ‘ This is a new type of ‘bowel scope’ which aims to improve the colorectal examination for patients undergoing tests for bowel cancer.

2.       HeartFlow ‘ The HeartFlow is a new software for advanced image analysis. When used, a 3D model of the coronary arteries is created. This model can then be used to analyse the impact that blockages can have on blood flow, allowing suspected coronary artery disease to be quickly diagnosed among patients.

3.       Plus Sutures ‘ This is a new type of surgical suture (or ‘stitching’). By using antimicrobial suture packs, the rate of surgery-linked infections like MRSA can be reduced.

4.       SecurAcarth ‘ This technology will help secure catheters, reducing the risk of infection for patients with peripherally inserted central catheters. It is also claimed that the device will cut the time taken to treat and care for dressing changes.

At the same time, academic and healthcare institutions in the North East of England have agreed to combine their resources to further their own advancements in the medical diagnostics field. Deemed Diagnostics North East, the collaboration involves the Academic Health Science Network for the North East and North Cumbria, the Newcastle upon Tyne Hospitals NHS Foundation Trust and Newcastle University. During the partnership, the institutes will look to develop new diagnostic tests and devices and aim to introduce them to patients in a more rapid manner.

Further steps are also being made to reduce the pressure on the NHS. Government proposals revealed in April, for instance, could see up to 350,000 people with physical disabilities and mental health conditions across the country being given the option to receive personal allowances for their own care needs.

If eligible, patients will be able to pay for treatments that they need or want at their own discretion. The money would either be delivered to them through a direct payment, given to a third-party to manage or left with the NHS to control.

The plan’s potential to improve satisfaction and reduce pressure on social care budgets is being supported by the confidence of ministers. NHS head Simon Stevens backs the proposals, as does the country’s health secretary Jeremy Hunt. It could be in place as early as the end of 2018 when the government outlines its changes to the nation’s health and social care system.

Caroline Dinenage, minister for care, commented: “These changes will put the power back into the hands of patients and their families, potentially allowing up to 350,000 extra people to take up a personal health budget if they so wish. This would not only improve quality of life and the care they receive, it will offer good value for money for the taxpayer and reduce pressure on emergency care by joining up health and social care services at a local level.’

Too many emergency cases

According to Whitehall’s spending watchdog, the National Audit Office (NAO), hospitals across England are admitted too many people as medical emergencies. They pointed out that the country’s hospitals are collectively treating 5.8 million patients as emergency admissions on an annual basis, which is an increase of 24 per cent when compared to figures recorded a decade ago. They estimate that this costs the health service £13.7 billion; close to a 10th of its overall budget.

The watchdog claims the effects of this are straining the NHS’s and could grow to damage the service’s ability to function.

Praise was, however, given to the NHS for handling the extra number of patients effectively. However, it also criticised the organisation’s failure to establish enough services which operate outside of their hospitals with the aim of keeping patients healthy.

‘[The health service] cannot know if its approach is achieving enduring results until it understands whether reported increases in readmissions are a sign that some people admitted as an emergency are being discharged too soon,’ the watchdog observed. ‘The NHS also still has too many avoidable admissions and too variation. A lot of effort is being made and progress can be seen in some areas, but the challenge of managing emergency admissions is far from being under control.’

The results of the NAO’s report were received by the NHS health unions. Donna Kinnair, the director of nursing, policy and practice at the Royal College of Nursing, commented: ‘People, particularly older people, are not getting the support they need in the community, which leads to more emergency admissions and dangerous levels of bed occupancy when demand is high, as we have seen this winter.’

The medical director for acute care at NHS England, Professor Keith Willet, also pointed out: ‘As the report states, there are 12 per cent fewer A&E patients being admitted than was predicted at the start of the decade, and hospitals, community trusts and GPs trialling new models of care have meaningfully reduced admissions compared with their peers. In addition, growth in the cost of managing emergency admissions has been less than a third of the growth in demand.’

It remains to be seen whether the above outlines can make an impact on the NHS and help to alleviate the pressure that has built on the service over the years.