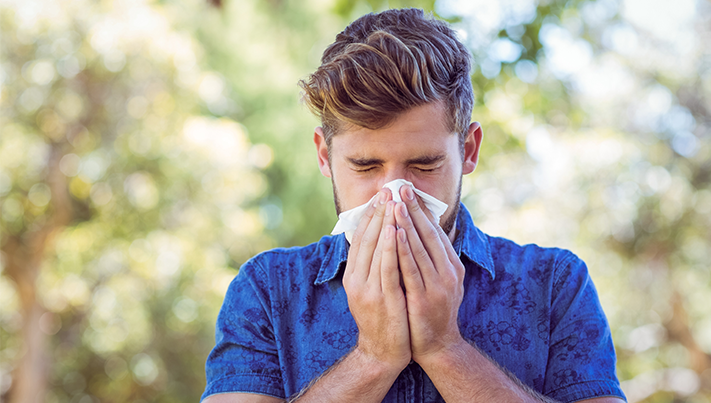 Hay fever affects 13 million people in the UK
A quarter of people turn to GP’s, walk-in centres and A&E rather than opticians
Over a quarter (26%) believe hay fever only affects children and teens

New research into hay fever awareness has found that just under a quarter (24%) of people would turn to GP’s, walk-in centres or even A&E to seek help for hay fever. Meanwhile, only 1% would go to an optician, despite opticians offering diagnosis and treatment.

The survey was conducted by the Association of British Dispensing Opticians (ABDO). They are calling for greater awareness of the services available at opticians around the UK, in order to help reduce the strain on already stretched NHS services.

The level of awareness about the services available and appropriate for certain health issues is lacking. All opticians are equipped to offer support and treatment for common hay fever symptoms. Despite this, even the NHS website advises that sufferers visit pharmacies to seek advice on their pollen allergies.

The UK has some of the highest prevalence rates of allergies in the world, with hay fever being one of the most common allergic disorders affecting around 13 million Brits. Hay fever is caused by an allergy to pollen, a fine powder released by different plants and trees. In recent years, a significant spike in cases of hay fever has occurred, primarily due to high temperatures and high pollen count. In the summer of 2018, cases rocketed almost 300% in a week, with identified cases jumping from 11,708 to 45,355 between June 4th and June 10th. With temperatures this summer set to soar higher than last year, it is expected that demand for hay fever treatment will be at an all time high.

With more people suffering from hay fever than ever before, it is important to raise awareness of the advantages of optical services. While GPs require appointments, which have an average wait time of 15 days according to NHS statistics, opticians offer walk-in assistance and same-day appointments with in-house practitioners.

As well as looking into how people generally seek treatment for hay fever, the research by the Association of British Dispensing Opticians (ABDO) also asked questions about the myths and misconceptions surrounding hay fever. The study revealed the lengths to which people are willing to go to avoid symptoms, with over half (52%) of people saying they would avoid going outside altogether on days with high pollen counts. There were also misconceptions revealed surrounding who hay fever affects ‘ while half (50%) of respondents knew that anyone is susceptible, the other half believed only certain people, for example those with a family history of hay fever, children up to their teenage years, and those born with it were at risk. More than 1 in 10 (13%) did not know who was at risk.

Clive Marchant, president of ABDO, comments: ‘Your optician should be your first port of call if you have an itchy, red or irritated eye. They are the specialists in eye problems and with Minor Eye Condition schemes springing up across the UK more and more people can access care on the NHS for this and other eye problems too.’

The lack of knowledge and understanding around what services are appropriate for certain health issues is a major issue to address, especially in terms of utilizing optical services across the country.