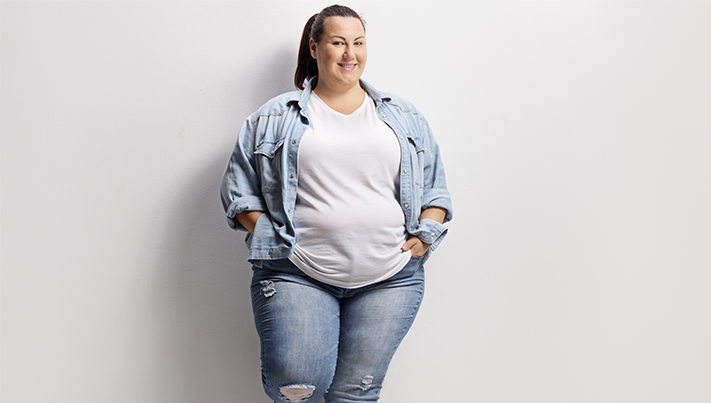 The results are in from one of the biggest patient studies into obesity to be held in Greater Manchester, and they show not only significant weight loss but people reporting that they wanted to eat less, enjoyed moving more and felt more confident.

More than 50 patients, who all live in Denton, Manchester and many of whom have diabetes,
took part in a 12-week trial designed to help them shed pounds and significantly improve their health.

In a unique experiment doctors measured how much weight they could lose without using willpower or dieting ‘ and how that weight loss affects their blood sugar levels.

And the results show not only an average weight loss of 20lbs, but
‘ 72 per cent reporting a decrease in appetite;
‘ 65 per cent saying they have more energy and are more mobile
‘ 57 per cent describing a rise in levels of confidence and less anxiety

The study, which followed on from the success of two projects with staff at Tameside Hospital, Manchester is an initiative between Tameside and Glossop Integrated

Healthcare Trust and the creators of Slimpod*, a clinically proven system that retrains the brain to change people’s eating habits so they naturally make healthier choices, eat less and move more Find out more

GP Dr Syed Asad Ali, of the Millgate Healthcare partnership in Denton, led the patient study. He is concerned for the health and wellbeing of his patients following figures from Public Health England, which show Tameside to be one of the UK’s fat capitals, with more than two thirds of people who live in the borough overweight or obese.

He explains: ‘Almost 70 per cent of residents have a body mass index (BMI) of 25 or more ‘ one of the worst rates in Greater Manchester. About 40 to 50 per cent of all consultations in GP practices are as a direct consequence of diet-related illness like a new diagnosis of Type 2 diabetes or its complications – heart disease, stroke, certain type of cancers and kidney failure. We need to tackle this problem with every means at our disposal.’

The Slimpod programme is a weight loss solution delivered via an app on phones or tablets. By using cutting edge neuroscience techniques, in just nine minutes a day it changes the way people think and feel about food enabling them to instinctively make healthier choices and move more.

Eating habits are changed without willpower or dieting. In the past 18 months, two studies have been held with staff at Tameside hospital, with great results.  Significantly, 97 per cent of staff reported they lost interest in snacking and as a result ate healthier food and lost weight.  Because Slimpod changes eating habits at an unconscious level, the weight loss for many has been permanent.

Slimpod programme creator Sandra Roycroft-Davis, a Harley Street weight loss specialist, is a member of the All-Party Parliamentary Group on Obesity and personally oversaw the Denton study. She says: ‘The Tameside staff have had huge success with their Slimpod programmes ‘ their weight loss averaged between 28 and 56 lbs over six months. One of them lost so much weight, and has kept it off for more than a year, that she’s been able to significantly reduce her Type 2 diabetes medication.. “I’m very excited by the Denton results because I believe studies like this show how making a difference to community health can dramatically ease the pressure on the NHS.’

Healthcare Trust Chief Executive Karen James says she has witnessed for herself the success of Slimpod in the staff trials. She explains: ‘ The link between obesity and Type 2 diabetes is proven. It has become a global health problem with predictions that unless something is done ‘ and soon ‘ more than five million people will have diabetes in the UK by 2025. Around three in five cases of Type 2 diabetes can be prevented, delayed or improved by maintaining a healthy weight, eating well and being active. This trial has shown the potential to demonstrate how that can be achieved.’