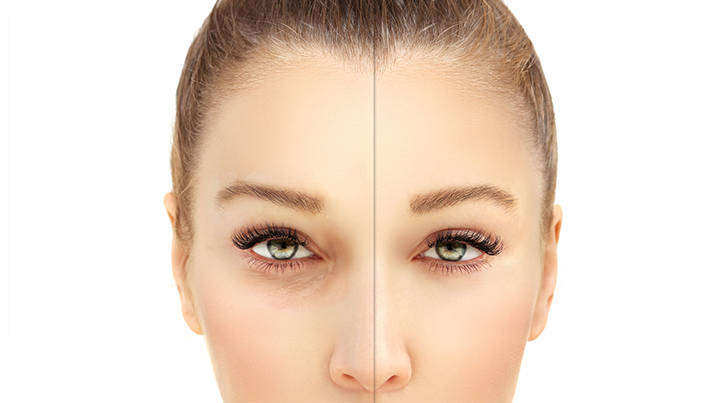 New research by Jo’s Cervical Cancer Trust has found that some women having treatment for cervical cell changes (abnormal cells) are not being informed about potential side effects. Many are unprepared for impacts such as pelvic pain, bleeding, anxiety and even loss of sex life, with the severity of some far greater than the current literature suggests. High numbers remain fearful of their cancer risk many years after treatment.

Around 220,000 women are diagnosed with cell changes every year in the UK. Treatment, given to prevent development of cervical cancer, is highly effective with about a 90% success rate.

As with all surgical procedures there can be side effects, yet Jo’s Cervical Cancer Trust is concerned not enough is being done to ensure women are fully informed prior to treatment or prepared for recovery. It is releasing its new report ‘Not so simple. The impact of cervical cell changes and treatment’ during Cervical Screening Awareness Week (10-16 June).

One in five (20%) of the 1,622 women surveyed said possible impacts of treatment were not explained to them.

There was variation in the number aware of specific side effects. While 86% experienced bleeding or spotting for up to 6 weeks, one in seven (15%) were unaware of this common side effect.

Just 9% were told they could experience changes to their sex life. Yet psychological changes, including loss of desire, were profound (46%), sometimes resulting in complete loss of sex life with women losing body confidence, fearful of HPV transmission and feeling dissociated from the body as sexual. 33% experienced pain during or after sex following treatment.

The psychological impact was stark, with 71% experiencing anxiety and 24% depression, however only 6% were made aware they may experience anxiety. The charity warns that being unprepared may leave many women unable to cope with the impact and not equipped to access support.

Rebecca Shoosmith, Head of Support Services, Jo’s Cervical Cancer Trust: ‘While treatment for cell changes remains highly effective, we must start to see it as more than just a simple procedure and acknowledge the impact diagnosis and treatment can have on women. There has been lots of focus on the needs of those attending screening, and of those with a cancer diagnosis, but this is a group who have previously been overlooked. Better information provision and support for those having treatment is essential.’

Gaps in information were evident with women holding fears disproportionate to their risk. While most having treatment will not experience a recurrence or go on to receive a cervical cancer diagnosis, 86% said that this was their main fear with only 16% feeling informed about their risk of cancer.

Almost half (45%) reported fear of miscarriage or worries about their fertility. The majority of women who have treatment will be at no greater risk of miscarriage yet just 24% had a discussion about this prior to treatment, indicating many missed opportunities to allay concerns.

Some side effects were longer lasting or more persistent than current information suggests. Over half (55%) experienced pelvic pain, an anticipated side effect for 1-2 days, yet a third (34%) are still experiencing it. Many who are over a year post treatment are still affected by psychological issues (anxiety; 72%, depression; 67%, fear of cancer; 75%) with significant numbers over three (46% reported ongoing anxiety with 37% of those over 3 years from treatment. 74% reported ongoing fear of cancer with 40% over 3 years from treatment).

Stigma around HPV was prominent, with women reporting feeling ‘dirty’, ‘ashamed’ and ‘insecure’. With the move to HPV testing in the cervical screening programme this is likely to worsen with more women being told they have the virus.

The charity wants to see standardised information about potential side effects. It is concerned that such high numbers are not fully prepared and informed prior to treatment, which for some could affect ability to fully consent to treatment. It is also calling for more consistent pathways, especially in the treatment of CIN2, a high grade cell change, where there is inconsistency over whether treatment is given or a more conservative ‘watch and wait’ approach adopted (https://www.ncbi.nlm.nih.gov/pubmed/29212399).

Rebecca continued: ‘While for many women diagnosis and treatment is relatively straightforward, it is clear that for others it is the opposite. The psychological impact can be significant and feeling uninformed will only add to women feeling less able to seek support. While appointment time in colposcopy is limited, there is a clear need for greater discussion about side effects. Other health professionals such as GPs and practice nurses should also take the time to ask questions and ascertain if further support is needed.’

Only 4% (of 1,622) said they wished that they had not received treatment. Given the range and impacts of side effects reported, this is encouraging and demonstrates confidence in colposcopy services. However, far more must be done to improve the experience for women.

Effective treatments and management services exist for many side effects, however high numbers did not seek help: pelvic pain (55%), fertility concerns (47%), fear of cancer (55%). Many simply spoke to family and friends, reporting embarrassment, not wanting to bother anyone or finding it hard to ask.

Marianne Wood, Nurse Colposcopist in London: ‘This report provides an opportunity for Colposcopists to look at their existing practice and identify where improvements are needed. This includes looking at the written information provided and how much time is dedicated to talking with patients before and after treatment. It is vital that women fully understand what is happening to them and feel able to manage any side effects. We must remember that every woman is different and will need an individualised approach to their treatment.’

Charlotte Brooke was diagnosed with cell changes in 2018 when she was 25: ‘I didn’t really understand what my results letter meant ‘ all I saw was ‘stage 3’ and lots of medical terms, so I immediately thought I was going to get cancer. At my first appointment my doctor told me I was ‘one step away from cancer’ and also that I might not be able to have kids, which was awful to hear and I wasn’t quite sure how to process everything. It would have devastated me. I’m glad I had treatment but it was a really scary time, especially as I had very heavy bleeding afterwards which I was not expecting at all.’

Lisa was diagnosed with cell changes in 2018 when she was 45: ‘I totally freaked out when I got my results letter as I didn’t understand what it said. I had so many questions – I’ve been with the same partner for 20+ years, how could I have HPV?! Right up until I had the LLETZ procedure, there was no mention of cancer or what the treatment was really for. I don’t feel that the information I was given was clear or easy to understand ‘ I just remember being frightened.’