Is pharma ready to respond to the climate crisis? 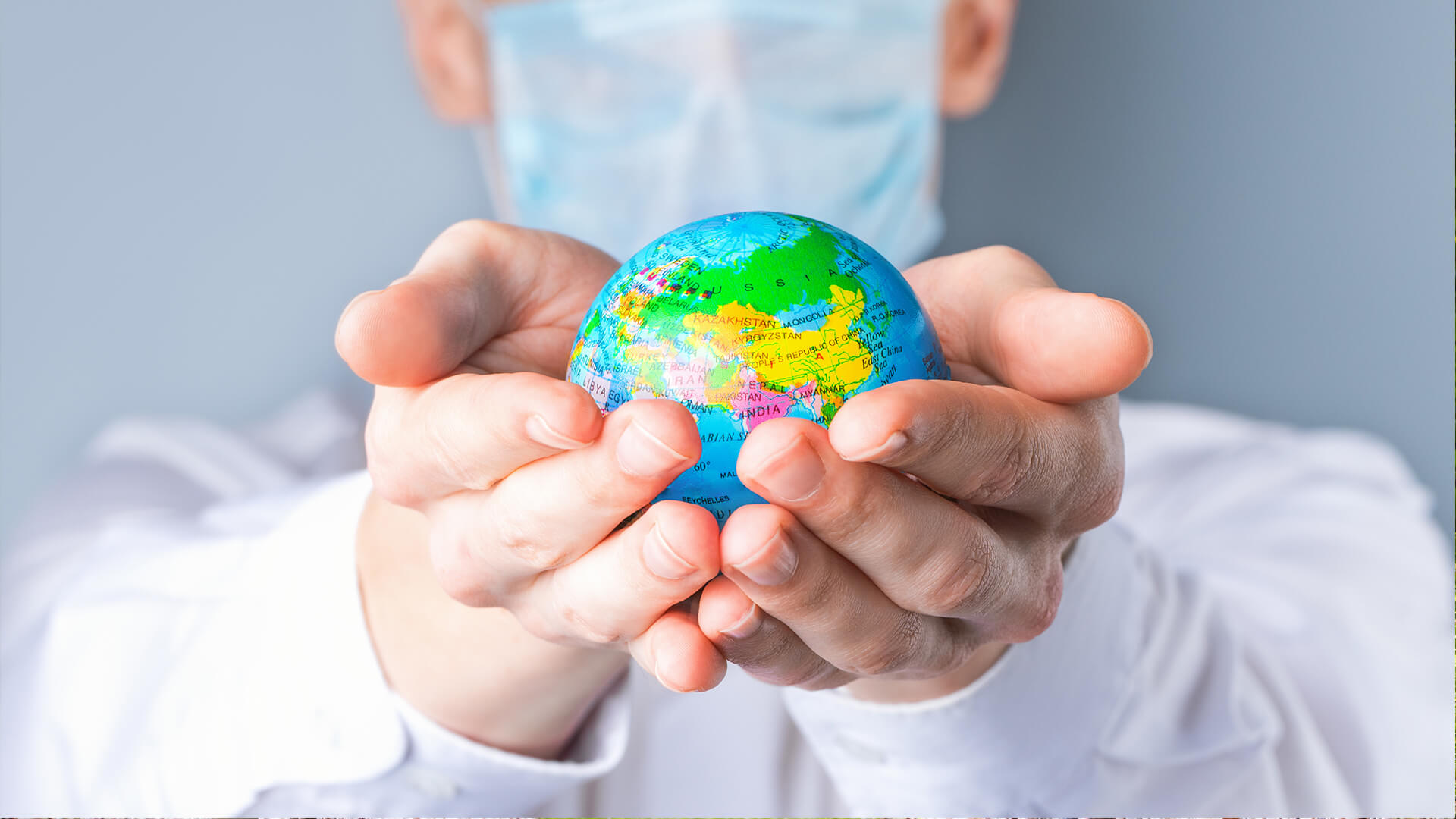 Is pharma ready to respond to the climate crisis?

Climate change is perhaps the most complex issue facing modern society, affecting every aspect of human life including our health.

According to a Lancet report, spending on climate change adaption is falling way short of the $100 billion a year commitment made under the Paris Agreement. And of this spending, less than 4 percent is channelled into health despite climate change threatening to undermine the last half-century’s advances.

It’s true, there will be beneficial health impacts from milder winters which could help to reduce the winter-time peak in deaths. Hotter than average summers could also help to limit disease-transmitting mosquito populations, for example.

However, scientists agree that most impacts will be adverse, with some declaring a public health emergency…

The effect of climate change on health

There are many health implications of climate change, but many are still little understood.

This lack of understanding is fuelling under preparedness, with the effects becoming magnified in specific regions such as Africa, where more than half of nations fail to meet core requirements set by International Health Regulation.

Small changes in temperature and precipitation are already increasing the transmission of vector and water-borne diseases like malaria, dengue fever and cholera. We can also expect an increase in tick vectors such as Lyme disease, flea vectors which carry diseases such as the plague, and fly vectors which can transmit leishmaniasis.

As accelerators of global warming, many air pollutants such as methane, black carbon and sulphate aerosols are contributing to what experts are calling “a silent public health emergency”, resulting in an increasing number of recorded respiratory illnesses and early deaths.

What’s more, aeroallergens are on the rise due to climatic change, such as mould spores indoors and pollen spores during spring and summer, which could mean respiratory conditions like asthma become more common.

Extreme weather events, such as droughts, typhoons, hurricanes and snowstorms are also putting food supply at risk and increasing the prevalence of malnutrition and starvation, affecting people’s ability to fight off and recover from a range of illnesses. The effects are already being felt across Asia, South America and Africa in regions which have historically suffered from low incomes, poor sanitation and food shortages.

Even for those living in less-affected areas, the uncertainty of the Earth’s future is likely to have an adverse effect on millions of people’s mental wellbeing. So much so, the term “eco-anxiety” has been coined by doctors to describe a new psychological disorder where people worry (to an extreme) about the climate crisis.

Pharma is both part of the problem and the solution

Pharma, as one of the largest global industries, is both part of the problem and the solution when it comes to minimising the adverse effects of climate change.

In fact, the pharmaceutical sector is far from green. A first-of-its-kind study by environmental engineers at The University of Ontario, found the pharmaceutical industry is significantly more emission-intensive (13 percent more) than the automotive industry despite the sector being 28 percent smaller.

It’s not an overstatement to say that a level of opacity still exists in big pharma which can make it difficult to see the collective impact of the pharmaceutical supply chain on the environment.

However, there are many trailblazers in the industry who are leading the way in changing the status quo and creating a more sustainable pharma supply chain.

There are multiple ways pharma can help reduce their carbon footprint and work towards an end goal of carbon neutrality.

Let’s focus on pharmaceutical waste continues to be a huge problem. To eliminate non-biodegradable and single-use plastics from the supply chain, more research is taking place around bio-based PET. It’s made from ethylene derived from sugarcane which has a negative carbon footprint, using CO2 and releasing oxygen when cultivated.

Researchers are now testing pioneering technology which converts PET waste back into virgin grade material to be used again. Cutting edge manufacturing methods like 3D visualisation and printing are also helping to reduce waste by eliminating the need for multiple prototype designs.

Working with a hybrid partner, pharma companies can design or redesign their product’s primary and secondary packaging to support compliance and make it easier (and cheaper) to transport, while simultaneously reducing the amount of materials used overall or facilitate a switch to more eco-friendly alternatives. A virtuous circle if you will.

These cost-saving and efficiency gains will help the industry fulfill its social responsibilities, including the need to both pioneer more sustainable manufacturing processes and produce more effective and safer medicines the entire world can afford.

Commercial benefits aside, there are huge social impacts and environmental benefits of creating a more efficient pharma supply chain and as the importance of these issues grow, these benefits will only increase. Now, more than ever, environmental management is key.

A pharmaceutical supply chain that’s fit for purpose today and tomorrow is one that’s not just reactive, but proactive. It will anticipate and accommodate current and future trends, driving forces and challenges presented by the climate crisis.

Whether it be a fast-developing public health emergency caused by an extreme weather event, or a slow but steady increase in respiratory diseases from worsening air population levels in urban populations, the pharma industry needs to have the agility to respond quickly and support the effective functioning of healthcare systems.

The pharma and biotech industries are no stranger to the chaos caused by extreme weather on their research and manufacturing capabilities. In 2017, Pfizer’s manufacturing facilities in Puerto Rico were wiped out during a devastating hurricane season, resulting in a loss of an estimated $195 million in inventory.

Investment in sites’ resilience is key to preparing for extreme weather in advance and patching vulnerabilities which could close plants, such as flood barricades, emergency power generators, and keeping critical digital infrastructure on higher floors.

Governments and regulators may start to enact policies to force big pharma companies to geographically diversify the locations of their production facilities, particularly for products that are lifesaving and have no substitutes, as well as carry heavy inventory to protect against supply chain disruption.

Keeping global supply chains moving in the aftermath of a large-scale climate event is also vital.

To facilitate the new pharmaceutical landscape, a fresh and agile approach is needed, one which leans towards an all-in-one solution which isn’t restricted to one manufacturing location or field of expertise.

Teams on the ground need to be capable of creating any solution, to any problem, anytime, and anywhere. However, at the moment, it’s common for multiple teams to be managing multiple international supplier sites.

Consolidating the supply chain under one roof brings a large range of benefits including, but not limited to: reduced risks and overheads, greater innovation, assurance of supply and compliance, tighter quality control and local availability via regional distribution sites on a global scale. 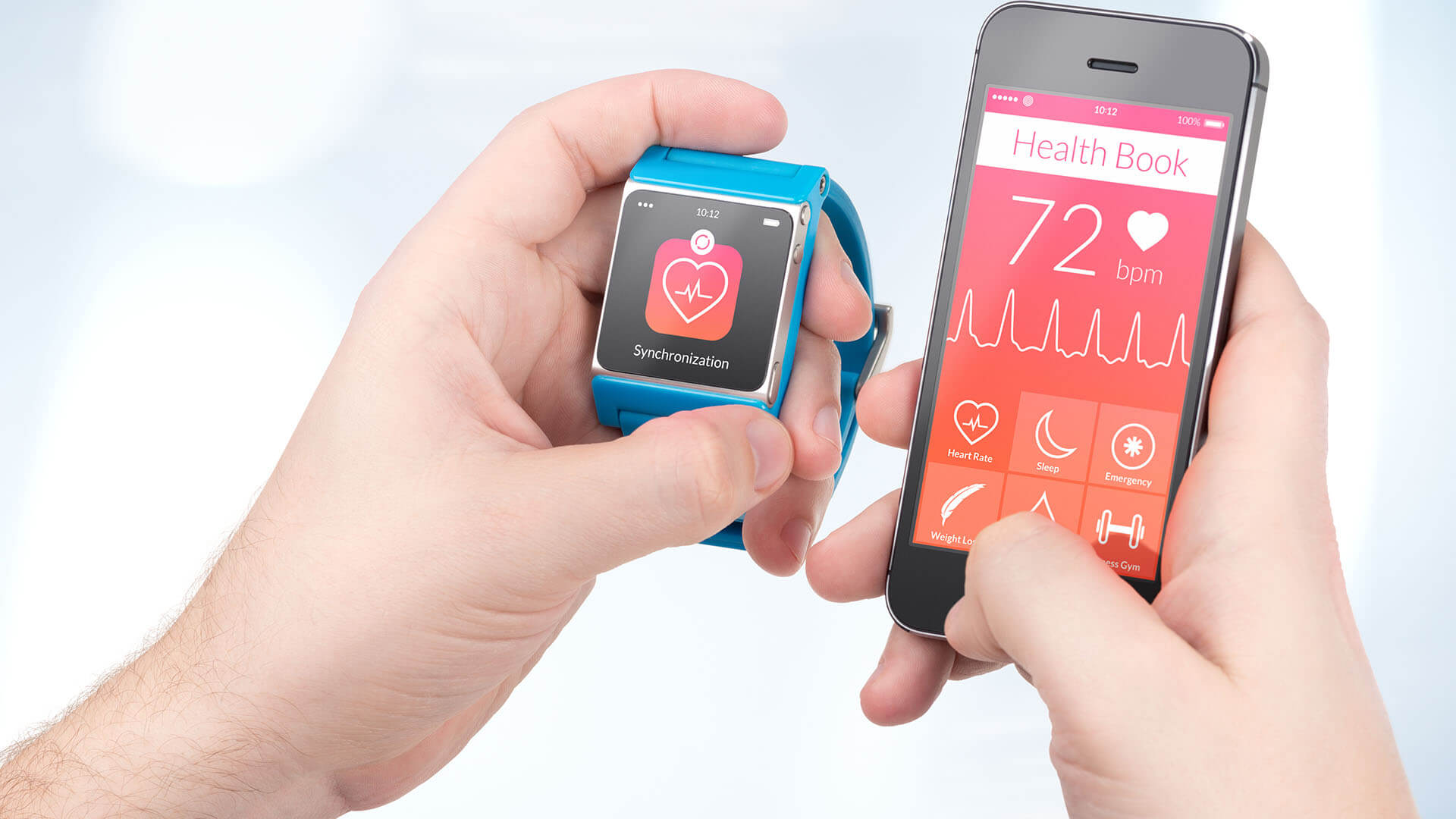 Best Home Tech to Have During the COVID-19 Pandemic 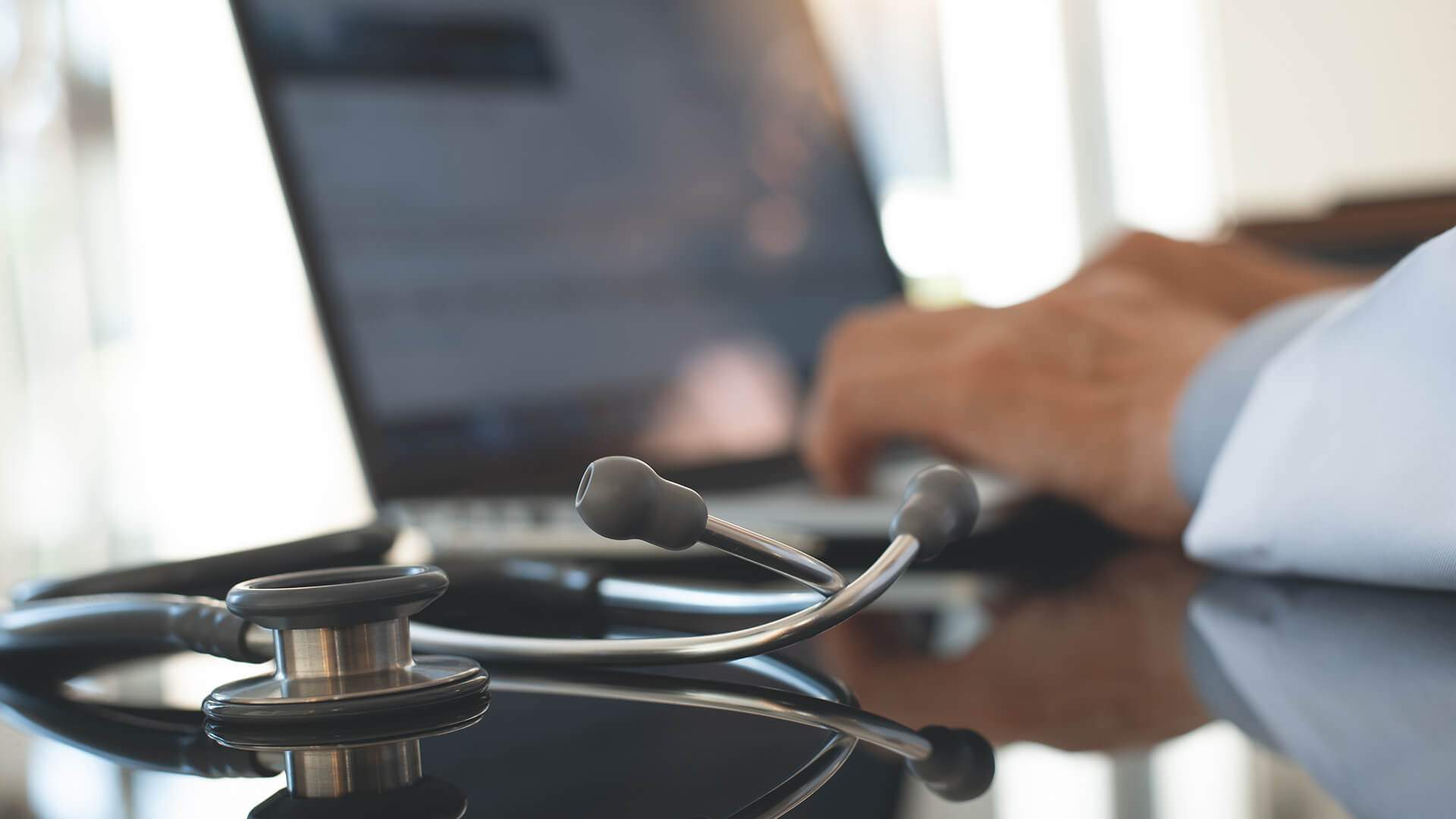 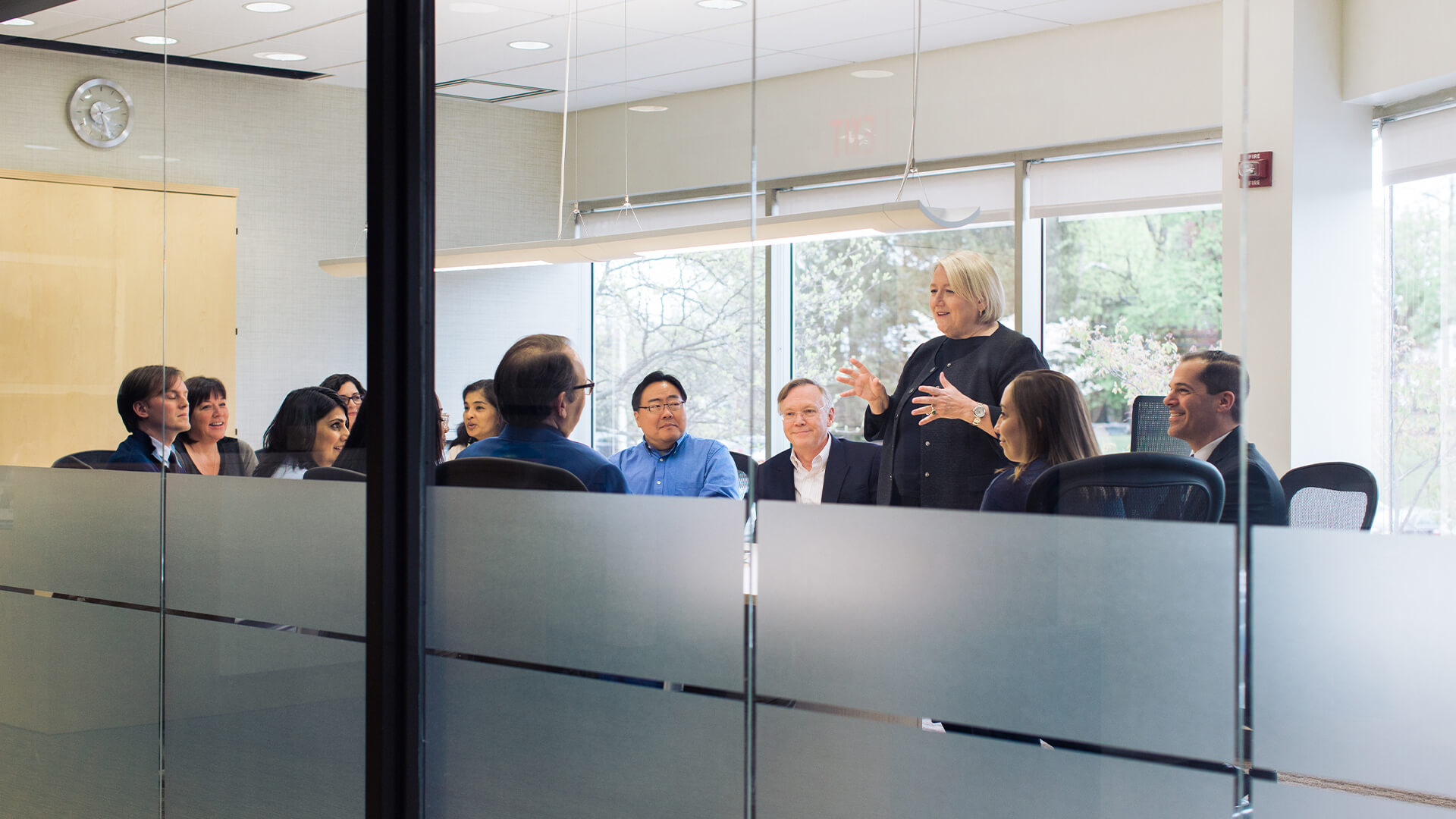 Breaking Away From Tradition